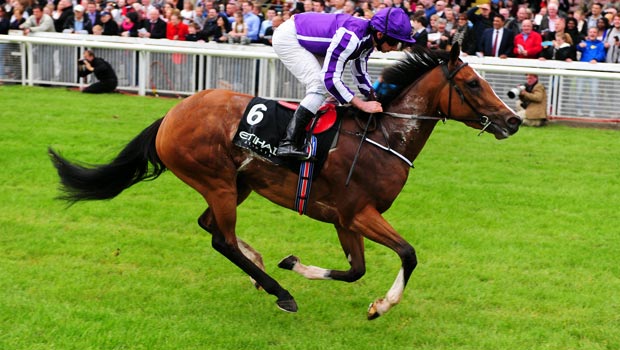 Marvellous is one of three Aiden O’Brien inmates set to line up in Friday’s Investec Oaks after both Bracelet and Tapestry were not declared to run.

With Wonderfully also missing out, a total of 17 runners were left in the fillies showpiece at the final declaration stage, with Joseph O’Brien opting to ride Marvellous, who has come in for sustained support since her victory in the Irish 1000 Guineas.

Ryan Moore, who rode her at the Curragh, will be on board Palace, who finished behind Marvellous in the mile event, while Seamus Heffernan comes in for the ride on Dazzling.

Marvellous has been drawn low in stall two as she bids to give her trainer a fifth success in the Classic after the victories of Shatoush, Imagine, Alexandrova and Was, and will face a stern test from the Sheikh Hamdan-owned, John Gosden-trained Taghrooda, who routed the opposition in the Pretty Polly Stakes at Newmarket. She has been drawn in stall stall nine.

Sheikh Hamdan is also represented by Tarfasha who is trained in Ireland by Dermot Weld and was an impressive winner of the Blue Wind Stakes, although any rain will not help her cause.

The race this year is named in honour of the late Sir Henry Cecil, successful no less than eight times during his training career, most notably with Triple Crown heroine Oh So Sharp in 1985.

Check out all the latest big-race odds with Dafabet.