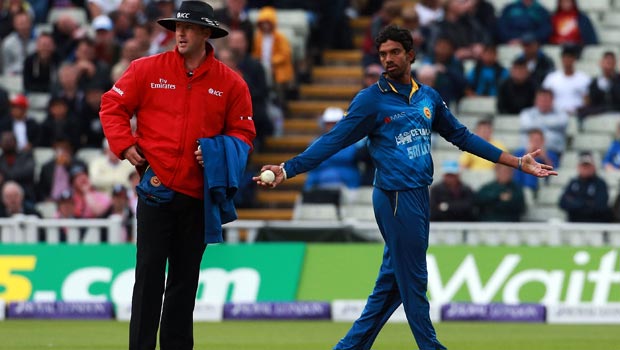 Sri Lanka won the fifth and final decider against England at Edgbaston by six wickets, but won few admirers after the controversial dismissal of Jos Buttler.

The England wicketkeeper was at the non-striker’s end during his innings when off-spin bowler Sacithra Senanayake took his bails off after spotting him standing outside his crease.

The bowler had warned Buttler about his stance on two previous occasions and made the most of the opportunity, which he was entitled to do under the letter of the law.

England were eventually all out for 219, with Alastair Cook top scorer on 56, and in reply the Sri Lankans quickly set about reaching their target, with Tillakaratne Dilshan and Kusul Perera blasting 49 runs from the first six overs.

England managed to take three quick wickets, with Treadwell in good bowling form, but Mahela Jayawardene and Lahiru Thirimanne steadied the ship with a fourth-wicket partnership of 98 to set the tourists up for a 3-2 series win.

However, the result was overshadowed by the run-out incident, and afterwards Sri Lanka captain Angelo Matthews explained:

“He (Buttler) has been taking unfair starts, not just in this game but in the last game as well.

“We gave him two warnings in the spirit of cricket. I actually don’t know how to stop a batsman doing that continuously so we had to go for it. I would stick by [the decision] because what we did was completely within the rules.”

England coach Peter Moores was predictably disappointed with what happened.

“Angelo made his decision and it’s not for me to comment on why he did it,” he said.

“That’s Angelo’s choice and that’s what he thought was the right decision at the time. I might disagree but it’s not my decision, it’s his.”

Ironically, Senanayake has not been selected for the first of two forthcoming Test matches, which starts at Lords on Thursday June 12.