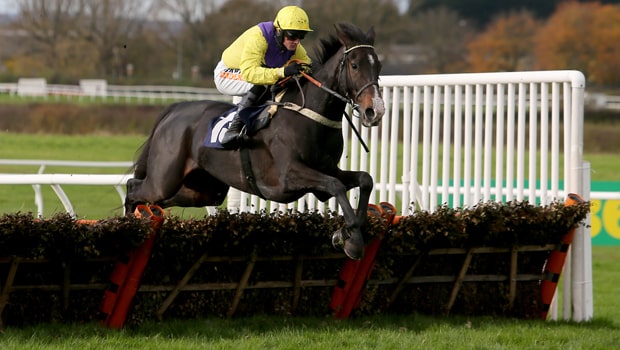 Murphy has a small team of jumpers in her yard at Newmarket and she admits it was a boost to find a ‘gem’ like Kalashnikov last term.

Ahead of his big run at Cheltenham he won the ultra-competitive Betfair Hurdle at Newbury in February.

Murphy couldn’t have asked more in the Supreme, either from the horse or jockey Jack Quinlan and she was keen to put Kalashnikov away for his summer break after he finished a neck-second behind Summerville Boy in the Cotswolds.

“Last year we only had eight jump horses, so to have found a gem in Kalashnikov is unbelievable,” said the trainer.

“The Betfair was very surreal for me as the likes of Willie Mullins and JP McManus have been idols to me and for them to turn around and be congratulating us made it a special day.

“Jack (Quinlan) rode to an absolute tee at Cheltenham. He couldn’t have done any more to help the horse. It was a big day for a team of our size to be competing at Cheltenham with a live contender, and to run like one – it was a phenomenal day.”

Murphy feels Kalashnikov will have needed his summer break before coming back to go chasing this season, with Plumpton on his radar early in the campaign and the Arkle at Cheltenham the ultimate target.

“Fences are what he is bred for. When you have a live contender for Cheltenham I think you would be mad not to look at a race at Plumpton with the bonus they have (for going on to win at Cheltenham),” Murphy added.

“He will start off low key and if Plumpton fits, then great. Everybody wants to be at Cheltenham and that will be our target again.”