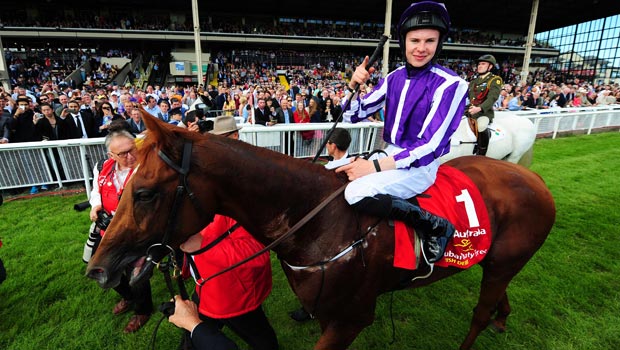 York racegoers may get the chance to see dual Derby winner Australia who has been entered for the Juddmonte International on August 20.

Trainer Aidan O’Brien has had some of the best European middle-distance horses at Ballydoyle over the years including the likes of Galileo, High Chaparral, St Nicholas Abbey and more recently Camelot, so when he proclaimed that Australia was the best Flat horse he has ever trained, the colt had a lot to live up to.

And, after an inauspicious start to his career, the son of Galileo has begun to repay the faith shown in him by finishing third in a hot renewal of the 2000 Guineas at Newmarket before romping to glory in the Investec Derby at Epsom.

He only had to turn up to collect the Dubai Duty Free Irish Derby at the Curragh, emulating his sire, and indeed dam Ouija Board in completing a Classic double, but has more big-race targets on the horizon.

He will drop back in distance for the Juddmonte International, with the 10-furlong trip seen as a perfect vehicle for his talents.

After that, all being well, the colt will line up at the Inaugural Irish Champions weekend at Leopardstown in September.

“Australia has been in terrific form since landing the Dubai Duty Free Irish Derby and he will now be trained for a tilt at the Juddmonte International Stakes at York and the Irish Champion Stakes at Leopardstown,” said O’Brien, who will see how the apple of his eye fares in those two races before considering a trip to France for the Arc in October.