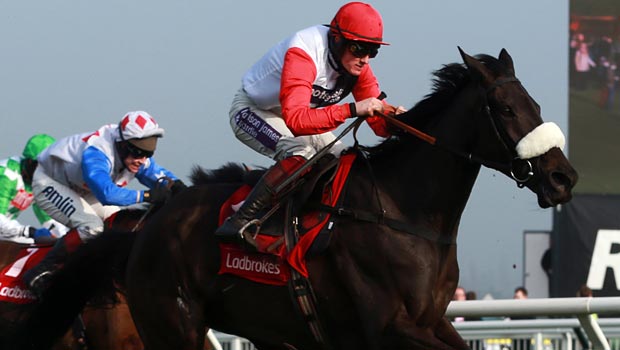 Big Buck’s has been retired after finishing fifth in the World Hurdle at Cheltenham on Thursday.

The four-time World Hurdle winner missed an attempt at making it five 12 months ago through injury, and only reappeared in January when third in the Cleeve Hurdle at Prestbury Park.

Despite not making a winning return, the 11-year-old was expected to improve significantly on the big day, despite the presence of the unbeaten Irish mare Annie Power.

However, she too was denied what would have been an 11th straight success as yet another unbeaten contender, More Of That, trained by Jonjo O’Neill and ridden by Barry Geraghty, caused an upset in Thursday’s feature event at the Cheltenham Festival.

Connections decided enough was enough and retired Big Buck’s straight away, giving the vast crowd one last look at him in the paddock in the process.

Trainer Paul Nicholls confirmed: “He’s going to have an honourable retirement, it’s a sad day but it’s good to end in one piece.
“Andy [Stewart, the owner] and I have been talking about it and I couldn’t improve him any more on what he’s done today.
“We won’t ask him to run again as he’s been a wonderful horse and wonderful for racing.”

He added: “Younger legs beat him today. I could see halfway round we were in a bit of trouble and retirement is the right thing to do. He wasn’t jumping quite as fluently and his legs aren’t quite what they were.

“He’s been a legend. You can see how hard it is to win four World Hurdles, let alone trying to win five when they are a bit older and have had some problems. We gave it a go. That’s what we wanted to do, but you have to be sensible and draw stumps at the right time and now is that time.

“He’ll have a lovely home now and be well looked after. To run him again would be madness and it’s not that emotional [to retire him].

“I’m delighted, to be honest. I would hate to see him run round getting beaten and for anything to happen to him. It’s been awesome.”

Sam Twiston-Davies was on board for his final ever race, but Ruby Walsh, who partnered Big Buck’s to all four of his Cheltenham Festival successes, can look ahead to next year now when Annie Power may return in an attempt to go one better after her close second to More Of That on Thursday.