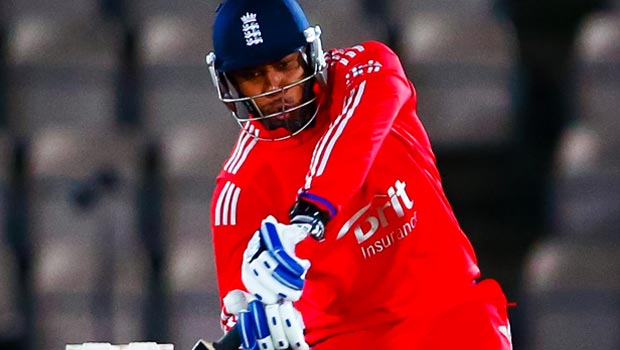 England’s cricketers finally had something to cheer about when scraping to a five-run victory against West Indies in the third and final T20 match in Barbados.

Having lost all three T20 matches to Australia, England continued their poor run by losing the first two limited over matches in the three-test series against West Indies, and desperately needed to stop the rot at the Kensington Oval.

Thankfully for their long-suffering supporters, salvation was at hand in the shape of Chris Jordan, born in Barbados, but who has pledged his allegiance to the English cause. The Sussex all-rounder flung the bat in his side’s final over, hitting Dwayne Bravo for four sixes to help set a score of 165 for six.

He then proceeded to take three West Indian wickets as the hosts fell agonisingly just five runs short of completing a whitewash in the series, despite a sixth wicket stand of 73 from Lendl Simmons and Denesh Ramdin.

“Turning over a side like West Indies will give us a lot of confidence,” vice-captain Eoin Morgan told BBC Sport.

“Against such a good side, particularly on home soil, our guys showed a lot of character,” he added.

“We’ve shown a lot of progress from the last two games, which was great to see.”

Jordan will be annoyed that he conceded 16 runs in his final over, the 19th, but can be proud that he was instrumental in giving his side some hope that they can at least progress to the later stages when the ICC World Twenty20 gets under way in India on Sunday.