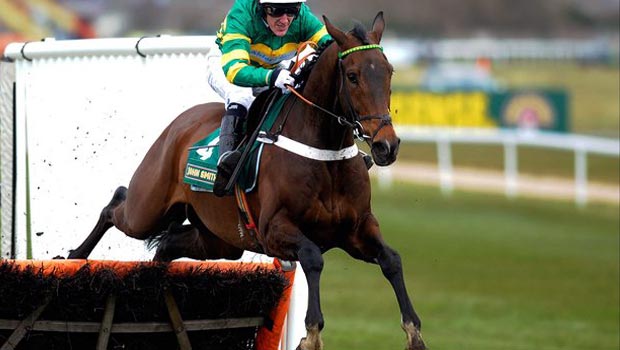 Trainer Nicky Henderson’s assistant Charlie Morlock has tipped My Tent Or Yours to have a big season as he gears up for the Christmas Hurdle at Kempton.

The six-year-old picked up from where he left off last season in November when cruising over the line in the Fighting Fifth Hurdle at Newcastle.

That was the JP McManus gelding’s sixth win in 10 outings as he once again highlighted his credentials as a surefire Cheltenham Festival winner in the making.

My Tent Or Yours looked on course to land the biggest win of his career last season when going well in the Supreme Novices’ Hurdle at Prestbury Park, only for The New One to edge him out.

Henderson has his sights firmly set on making amends for that near-miss at the Festival next time around and has mapped out a schedule which he hopes will have him in top condition by the time he heads to Cheltenham.

First up will be the Christmas Hurdle at Kempton On December 26, a race which Henderson has won for the last three years on the bounce.

The trainer’s camp at Seven Barrows are seemingly very happy with My Tent Or Yours ahead of the big Boxing Day meet at Kempton, with Morlock tipping him to make it two wins out of two this season.

“He’s very, very pacey,” said Morlock. “Very pacey. I know everyone in the press makes a lot of fuss about how he pulls too hard, but he’s a Flat-bred horse – he’s by Desert Prince and related to Conduit and he’s all about speed. But he relaxes in his races and he’s a professional.

“He’s quite a different type of horse to The New One. My Tent Or Yours is essentially a cast-off from the Flat and he has that speed. I like The New One, he’s a hell of a horse, but does he have that speed?

“Was Rock On Ruby really at his best at Kempton last time out? On that Kempton run, I’d still rather be in the My Tent Or Yours camp.”

My Tent Or Yours is expected to run in the Champion Hurdle at Cheltenham next year which could see him go head-to-head with The New One again.