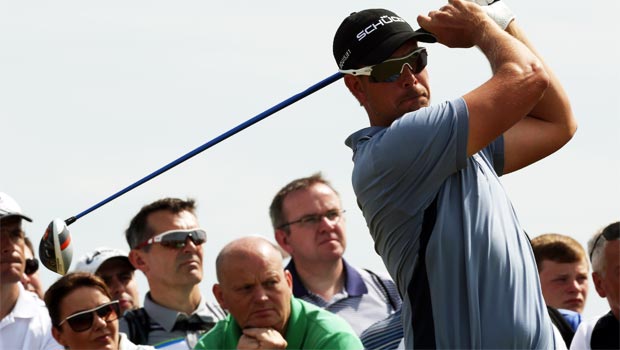 Henrik Stenson says he would love to end the season of his life on a high by winning the Thailand Golf Championship but admits he is running on empty.

The Swede has been the in-form player in the second half of 2013, making history by winning both the PGA Tour’s FedEx Cup and European Tour’s Race To Dubai.

Those triumphs came after a sizzling summer for the 37-year-old, who finished tied for third at both the Open Championship and US PGA Championship.

Stenson’s dramatic return to form also saw him scoop the Golf Writers’ Trophy this week, making him the man to beat in 2014.

However, before the Scandinavian looks towards next year he has the chance to put the icing on the cake on 2013 at this week’s Thailand Golf Championship.

Stenson returned from a short break at last week’s Nedbank Golf Challenge and looked in good touch as he finished fourth.

Stenson feels last week’s event in South Africa has left him in good shape for the tournament in Bangkok, claiming he is ready to dig deep to win on his debut in the competition.

“I’ve had the season of my life obviously,” said Stenson. “I’ve played some great golf from the summer onwards, and this is my last event of the year, so I hope to finish off with some good playing here.

“It’s been a big year for me and it’s going to take some great golfing to match that going forward.

“We’re kind of running on fumes at this stage, but I’ll try and squeeze another good four days out of myself and my game, and try and challenge these boys for the title.

“I’ve played at Amata Spring a couple times in the past. So, at least I know the course pretty well.”

There are plenty of big names ready to challenge Stenson for the title in Thailand this week, with Charl Schwartzel, Bubba Watson, Rickie Fowler and Sergio Garcia amongst the entrees.