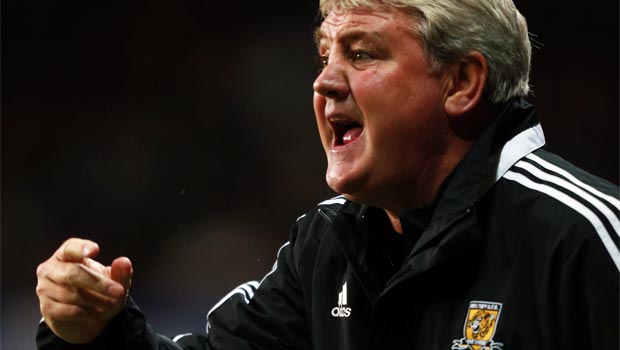 Hull City manager Steve Bruce admits he is worried penalty decisions going against his team may cost them in the long run after failing to get a spot kick at Swansea on Monday night.

The Tigers left South Wales feeling they had been harshly treated after referee Martin Atkinson failed to award them a penalty when Alex Bruce’s header appeared to strike Dwight Tiendalli’s arms in the second half.

Had the spot kick been awarded it would have given the Humberside outfit the chance to go ahead for the second time in the match after Danny Graham’s opener had been cancelled out by Chico Flores.

Hull felt aggrieved at Flores’ equaliser too after it appeared to strike the arm of the Spaniard on its way in.

However, it was the penalty decision which got Bruce most upset, claiming decisions like that could cost the Tigers in the long run.

“The boy has practically caught it, signed it and kicked it into the crowd,” said Bruce. “I just hope those decisions are not too costly.

“I don’t think anybody in the ground has seen the centre-half [Flores] punch it in, so I can forgive that one. But at the other end, if that’s not putting his hands up, why doesn’t he let it hit his chest, he’s practically caught the thing.

“We had a penalty given against us at Tottenham a month ago. So where is this grey area?

“I thought if you put your hands up then it’s supposed to be a penalty and if the player’s arms are towards his chest and he practically catches it and puts it down on the floor, for me it’s a penalty.”

Bruce’s comments could land him in hot water with the FA for the second time this season after slamming referee Michael Oliver for awarding Tottenham a penalty in Hull’s 1-0 defeat at White Hart Lane, claiming it was a “joke decision”.

The 1-1 draw lifts Hull up to 12th in the Premier League, five points above the relegation zone, while Swansea move up to 10th.