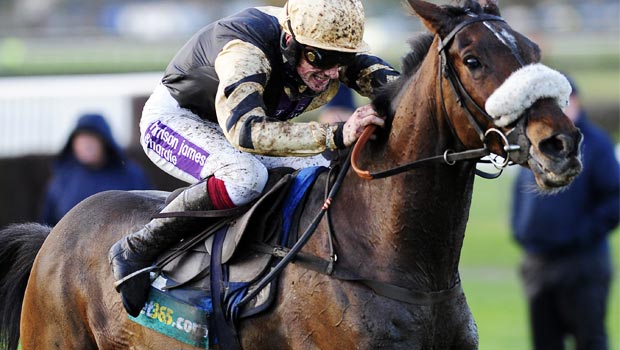 Tidal Bay will head the weights in the ‘world’s greatest steeplechase’ after the field of 40 was finalised for the Crabbie’s Grand National at Aintree on Saturday.

Paul Nicholls’ charge, who will be ridden by Sam Twiston-Davies, is currently available at around 14/1 to land the purse as he bids to become the oldest winner in the famous race for more than 90 years.

Swing Bill will take his place in the field after Lost Glory was pulled out on Thursday, the only withdrawal at the final declaration stage.

Teaforthree is seen as the one to beat this time around as he is priced as a general 8/1 favourite to improve on his finish from last year.

The 10-year-old is also bidding to end a long streak as he is looking to become the first Welsh-trained winner of the Grand National since 1905 for Rebecca Curtis and should go into the race in confident mood, having proved his capabilities last year when coming home third.

The big race favourite will not have to beat those who finished ahead of him in 2013 as surprise 66/1 winner Auroras Encore has been retired, while runner-up Cappa Bleu is ruled out through injury.

Monbeg Dude, owned by international rugby players Mike Tindall, James Simpson-Daniel and Nicky Robinson, is generally priced at around 12/1, having won the Welsh Grand National in 2013, while 2011 Gold Cup winner Long Run is on offer at similar price.

Perhaps the horse that will catch the punters’ eyes the most will be the JP McManus-owned Double Seven, who had been available as high as 25/1 earlier in the week but has been backed into around 12/1 in the betting.

That is down to the fact that 18-time champion jockey AP McCoy has opted to ride the eight-year-old rather than Colbert Station, also owned by McManus.

Considering his huge success in the sport, McCoy has a pretty poor record in the Grand National but has at least one success to his name, having ended his drought on board Don’t Push It four years ago.

There are of course a host of horses that will feel they have a fighting chance, but cometh the hour, cometh the man and supporters of Double Seven will be delighted to see McCoy in the saddle.