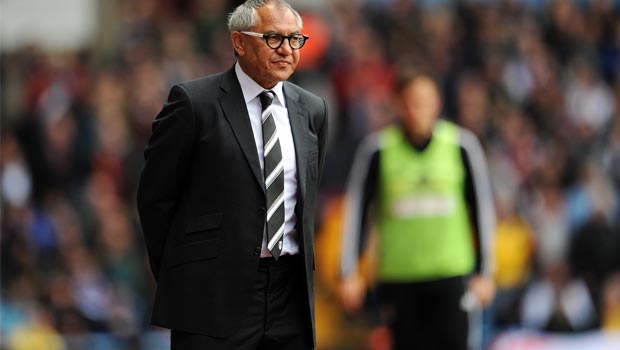 Felix Magath has insisted that he is unconcerned about the latest claims that he is set to lose his job at Fulham and is confident he has the backing of the club’s hierarchy to continue the rebuilding process.

Magath took over a side that was already in trouble but results have not improved significantly since he was appointed, with the latest reports suggesting that owner Shahid Khan is getting ready to wield the axe again.

The German tactician picked up a point in his first game in charge and did oversee a win against Newcastle last month, but a return of four points from his six points in charge leaves the Cottagers very much in trouble.

Fulham are still propping up the rest of the Premier League table and remain five points adrift of safety, having played a game more than both West Brom and Crystal Palace, and they are widely expected to go down this season – currently priced at 1.13 to be relegated.

Magath though insists he is in the job for the long haul and will still be in charge even if the worst should happen.

“I had a phone call with the owner (on Wednesday) and everything is fine. He knows the situation, he knows how things work,” he said.

“I have no doubt about my contract. I don’t worry about it.

“Sure I’ll be here next season. I’m here to build a team. That was clear from the beginning.

Magath has not yet given hope of turning the club’s fortunes around and believes he can pick up the four wins he thinks will be needed to stay up.

“Four wins are enough to stay up and we are able to do that,” he said.

“We need to win now. Winning a game is the most important thing. We have to win and that will help us a lot.

“The players haven’t given up. You are not confident if you’re losing games, but at the training sessions they are concentrating and eager to do their job.”

On the face of it, the Cottagers could pick up three of those at home as they entertain Norwich, Hull and Crystal Palace, while they take on a struggling Aston Villa side on Saturday, who are reeling from back-to-back 4-1 defeats.

Fulham though go into the game on the back of two defeats themselves and are the outsiders at 3.53 to pick up a valuable three points, with Villa favourites at 2.03 and the draw priced at 3.40.