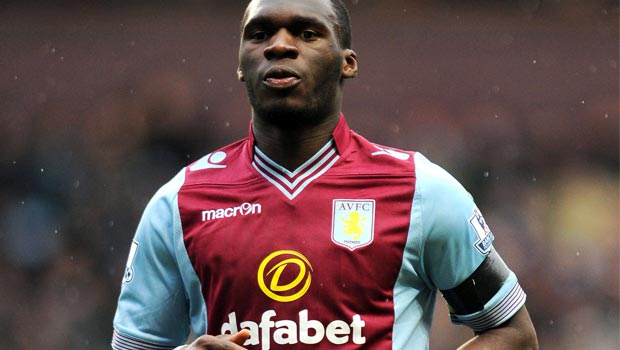 Christian Benteke has ruptured an Achilles tendon in training which has ruled him out for the rest of the season, as well as this summer’s World Cup in Brazil.

The 23-year-old has perhaps not had the best of seasons this time around but it still remains a massive blow for Aston Villa, who are still searching for points to secure their Premier Leaguesurvival.

The West Midlands outfit have already arguably done enough to avoid the drop this season – they are priced at 51.00 to be relegated but boss Paul Lambert will no doubt not rest easy until the club has hit the magic 40-point mark.

Lambert told the website: “It’s a terrible blow both for Christian and for the club.

“He will miss the rest of the season, obviously, and also the World Cup.

“But he’ll work hard because that’s what he does and he’ll come back for us stronger than ever next season.”

Villa currently lie in 12th place in the Premier League having garnered 34 points from 31 games, and are eight points clear of the relegation places.

The Belgium international has had to endure a four-month goal drought this season after a bright start with three goals from the opening two games against Arsenal and Chelsea, but has now amassed 11 goals in an injury-hit campaign.

He did hammer 23 goals in his debut season following a £7million move from Belgian club Genk so has perhaps not had the greatest follow-up season in England, although he was still expected to be named in the Belgium squad for this summer’s World Cup.

The Red Devils are seen as one of the favourites for the upcoming showpiece in Brazil, priced at 15.00 behind only Brazil, Argentina, Germany and Spain.

Although they will now be without a potent attacking weapon in Benteke, they remain strong 1.62 favourites to top Group H and 1.08 to qualify. Try your luck in winning world cup betting.