Horse Racing: More to come from New One – Twiston-Davies 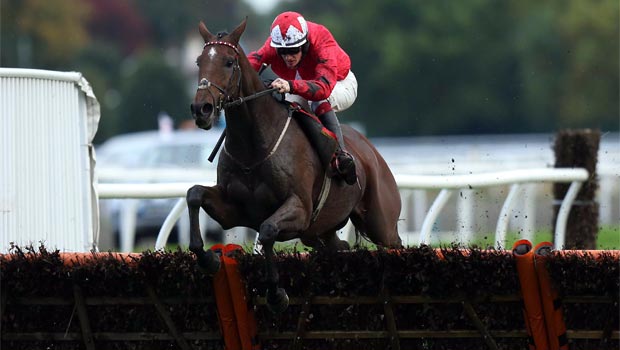 Trainer Nigel Twiston-Davies believes they have yet to see best of New One as he gears up for a competitive International Hurdle at Cheltenham on Saturday.

The five-year-old has attracted plenty of admirers this year, firstly running a superb race to win the Neptune Investment Management Novices’ Hurdle at the Cheltenham Festival in the spring.

He was able to follow that up with victory in the Aintree Hurdle before destroying 2012 Champion Hurdle winner Rock On Ruby on his return to action in October.

The New One looks unbeatable already, but Twiston-Davies claims he is just warming up as he looks to have him in firing on all cylinders by the time the Cheltenham Festival comes around next March.

“All has been fine since Kempton. We’ve had no problems at all with him,” said the Naunton handler.

“I don’t think he’ll improve for the run at Kempton, as we haven’t done a lot with him since, but I’m very pleased with him at home and we’re looking forward to running him.

“This isn’t the Champion Hurdle, so I expect he will improve again for this run and we’ll get this out of the way before we make any other plans.

“There is rain forecast, but that doesn’t worry me. As long as it’s not firm he’s fine.”Saturday’s race at Prestbury Park will see The New One renew his budding rivalry with Zarkandar, who was edged into second when the duo clashed in the Aintree Hurdle.

The six-year-old has yet to catch the eye this season but his trainer Paul Nicholls is hopeful a return to Cheltenham could help him along the way.

The Ditcheat handler has also called into question the form of the New One, claiming his win on his seasonal reappearance may have masked a few issues.

“He’s not been beaten on the new track (New Course) at Cheltenham, it suits him much better than the old one that the Champion Hurdle is run on,” said Nicholls.

“The New One is a decent horse, but I don’t know about the Kempton form. He looked good on the day, but we’ll know more on Saturday.”