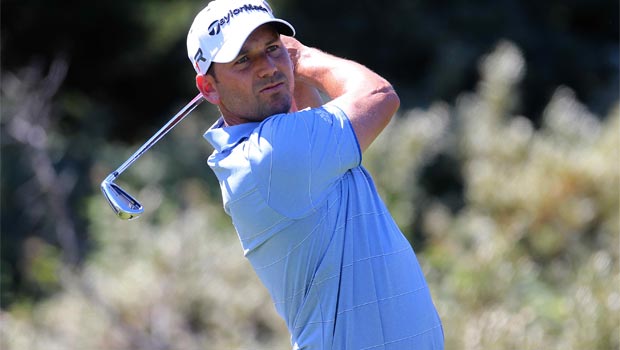 A hole-in-one helped Sergio Garcia move into a share of the lead with Justin Rose on 11-under at the halfway stage of the Thailand Golf Championship.

Spain’s Garcia has been in good form of later after finishing in a share of second at the Nedbank Golf Challenge last week and looks determined to secure his first win of the year in Bangkok.

The 33-year-old was able to shoot up the leaderboard at the Amata Spring Country Club on Friday with a superb seven-under 65, which included a stunning hole-in-one at the par three eighth.

Speaking about his ace with a six iron, Garcia said: “I saw the ball hit right of the green and it started rolling. I was calling it to go in, and thought it’s probably going to end up close.

“We were saying go in, go in and all of a sudden everybody goes ‘wow’ as I can’t see the hole from the tee box. It was quite nice to see it happen.”

Garcia and Rose have a two-shot cushion over the chasing pack heading into the weekend, but Garcia insists he will be taking nothing for granted in his pursuit of a maiden win in 2013.

“I feel like I played well both days. I hit the ball quite nicely. I probably didn’t make many putts,” he added.

I’m driving the ball very nicely and hitting a lot of greens and my short game has been pretty good, so overall I’m very happy with it, “There’re still two days to go. I’m obviously going to have to keep playing well, like I’ve done the first two days.”

Garcia might count himself somewhat fortune to be in a share of the lead, given Rose could have been out in front on his own had his sunk a couple of birdie putts on the final six holes.

The US Open champion had looked to be surging ahead when he birdied the ninth, carded an eagle at the 11th and another birdie at 12.

However, he wasn’t able to maintain that momentum and eventually had to settle for a round of 68.

Overnight leader Alex Cejka, India’s Anirban Lahiri and Frenchman Alex Levy are all two shots back on the leading duo on nine under.