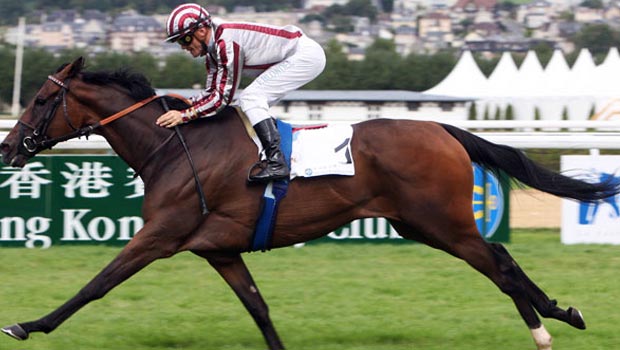 The defection of 2013 Investec Derby winner Ruler Of The World earlier this week means that the Corine Barande-Barb-trained eight-year-old, who has burst back to life this season with two terrific performances, is very much the one to beat.

He put an end to the unbeaten run of Arc heroine Treve in the Prix Ganay at Longchamp in April, and followed that up with a comprehensive victory in the Prix D’Ispahan recently, with Olympic Glory well held.

Also in the field is the 2013 Oaks winner, the Ralph Beckett-trained Talent, along with another filly in the shape of Roger Varian’s Ambivalent. No filly has won this prestigious race since In The Groove back in 1991, since when some top-class females such as Look Here, Midday and Ouija Board have tried and failed.

France will be double-handed as Andre Fabre, who has won the race six times, is represented by Flintshire, who has his first run since finishing eighth in the Arc last season.

The Coronation Cup is at 2.40pm UK time on Saturday, which is of course is Investec Derby day as well, with the big race itself due off at 4pm.