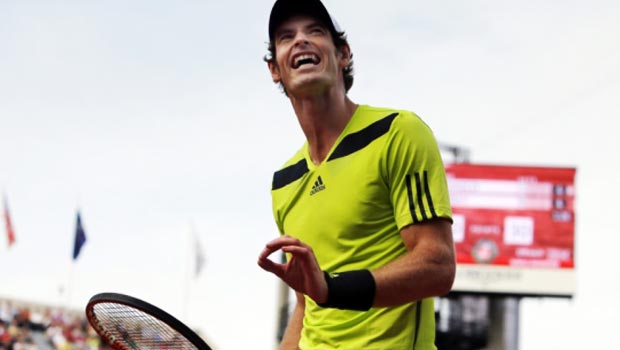 Andy Murray, beaten in straight sets by Rafael Nadal in the 2011 French Open semi-finals, set up a revenge clash by seeing off Gael Monfils late on Wednesday in Paris.

The Scot, who has only made it to the last four at Roland Garros once, produced a really up and down performance against Monfils, taking the first two sets before losing the next two, and then storming back to win the decider 6-0.

Murray was determined not to have to wake up on Thursday with the prospect of having to use up more energy while his semi-final opponent Nadal was resting after his earlier victory over David Ferrer.

Murray said: “It was very tough conditions. It was very windy at the start. I started well but when the wind died down he began to play so much better. Monfil’s such an amazing athlete. I was lucky that he started the fifth set badly.

“The way that he played the last three or four games, for me it was unexpected, because his level in the third and fourth sets was extremely high. He made very few mistakes.

“But that’s the thing about five-set matches, you need to do it for longer than two sets.”

Murray is under no illusions about the task now ahead of him, facing a man who has conquered the Paris clay no less than eight times, and added: “He’s got very good memories on this court.

“I’ll need to recover very well but I’m just happy to be in the semi-finals and I’ll try to play my best tennis.”

The other semi-final is between world number two Novak Djokovic and Latvia’s Ernest Gulbis.

Victory in Sunday’s final would see Djokovic become only the eighth man in history to complete the career Grand Slam, and it is the Serb that is 1.85 favourite with Dafabet to win the French Open, with Nadal 2.15, Murray 13.00 and Gulbis 23.00.