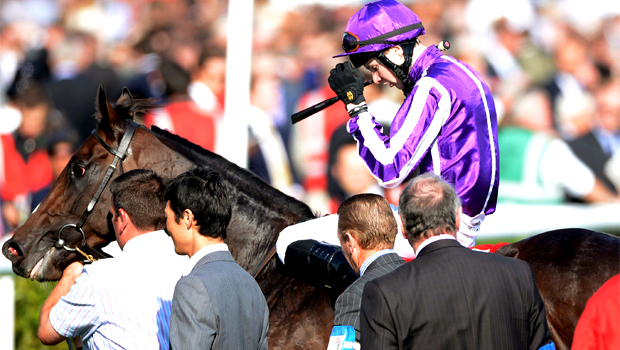 The four-year-old has only had three outings this season, with his most recent run having been at Royal Ascot when he finished fourth in the Prince of Wales’s Stakes.

Having been inactive since June, O’Brien is now plotting the dual Derby winner’s comeback, with a first run at York a possibility on August 21.

Both the Juddmonte International Stakes and the Irish Champion Stakes are over similar distances of one mile and two furlongs, and O’Brien says the venue for Camelot’s fourth outing of the year will be decided by how quickly he comes on after his break.

He said: “He’s in good order. He’s back after a break and he’s starting to progress.

“York and Leopardstown would be the two main races that could be possible.

“Things are going well so far.”

The Ballydoyle handler went on to say that he was still planning to run Ruler Of The World in the Prix de l’Arc de Triomphe in October, despite the Galileo colt having lost his unbeaten status recently.

The Derby winner made it three from three at Epsom in June before coming home a disappointing fifth in the Dubai Duty Free Irish Derby.

O’Brien admits he shouldn’t have entered him at the Curragh but he is now looking sharp after his break.

“We shouldn’t have ran him. Ryan [Moore] said after Epsom he had a tough race – maybe we should have listened to him more,” O’Brien told At The Races. “He’s had a break now and we are back happy with him.”