Athletics: Ennis-Hill sidelined for around 15 weeks 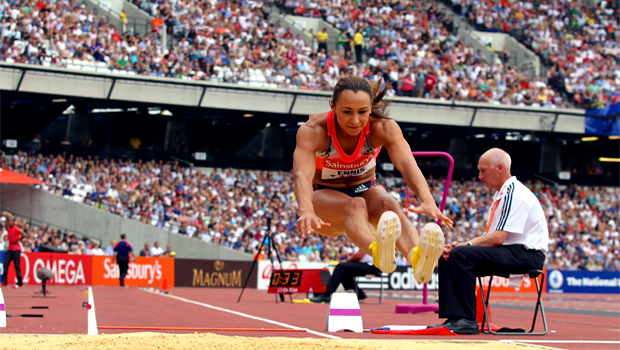 Jessica Ennis-Hill will be out of action for up to four months as she tries to overcome the Achilles injury which has so far ruined her season.

The Olympic heptathlon champion has hardly competed due to the problem and has been forced to pull out of five events this year as a result.

The 26-year-old did make a return to action in the United Kingdom last week, competing at a small event in Loughborough before her outing at the Anniversary Games.

The British athlete was in action in the hurdles and long jump but looked well below-par, finishing last in the long jump.

Ennis-Hill was hoping to prove her fitness at the Anniversary Games but instead realised that she wouldn’t be able to compete at this year’s World Championships, which take place in Moscow this month.

The Sheffield resident’s coach, Toni Minichiello, has now revealed she will spend up to 15 weeks trying to get back to full fitness, meaning she is unlikely to compete again this year.

“If we’re lucky then we’re looking at a 12 to 15-week recuperation period.”

Minichiello admits they could have pushed Ennis-Hill to compete in Moscow but felt she would be better off skipping the championships.

“When she didn’t respond well after the London Diamond League, the position was that it didn’t make sense and you’re probably going to cause her more damage and lose the remaining years of her career struggling with the injury,” he added.