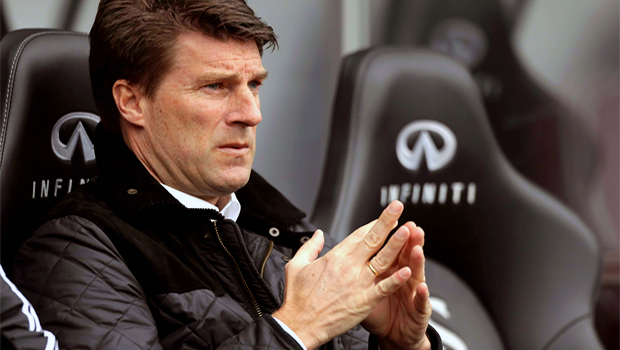 Swansea boss Michael Laudrup believes his players showed their determination to do well in Europa League with their 4-0 demolition of Malmo.

The Welsh club made the perfect start to their European campaign as they took apart their Swedish opponents at the Liberty Stadium in the first leg of the third qualifying round.

Michu broke the deadlock for the Swans before club-record signing Wilfried Bony took over, scoring twice in the space of five minutes to all but seal the win.

Fellow new arrival Alejandro Pozuelo then put the icing on the cake with the fourth to complete an emphatic win on Swansea’s return to European football after a 22-year absence.

Despite having all but booked their place in the next round of the competition, Laudrup was keen to sound a note of caution, insisting they still had a job to do in Sweden next week.

He said: “We have to finish this one in Malmo and I’m confident that we will – then we will play in the next round.

“There is always a way back. I’m confident our approach will be exactly the same for the next game. The attitude of the players shows they really want to do well in this competition. We want to go as far as we can.”

The Danish coach went on to praise the impact of new signing Bony after he marked his competitive debut with two goals following his £12million arrival from Vitesse Arnhem.

Laudrup was also keen to praise the impact of some of his other summer signings, with Jonjo Shelvey, Jordi Amat and Pozuelo all making good first impressions.

“Michu and Bony have only played together in the Reading friendly,” he added.

“But we had other new players. Jordi in the back, Jonjo in midfield plus Pozuelo and Canas.”