Horse Racing: Lord Byron may be back for Ascot 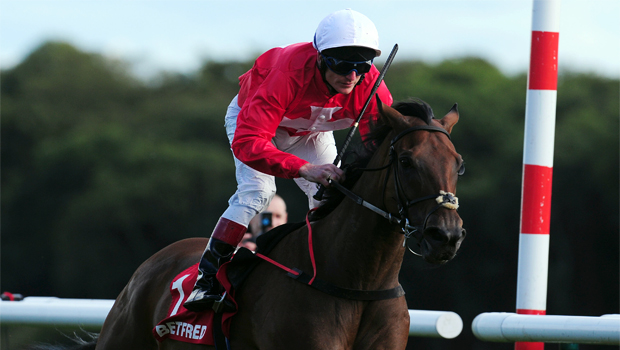 Prix de la Foret runner-up Gordon Lord Byron may step up to a mile to contest the Queen Elizabeth Stakes at Ascot on Saturday week.

The Tom Hogan-trained five-year-old lined up at Longchamp on Arc day to defend his Foret crown but was blown away by the very classy Moonlight Cloud, who swept by him inside the final furlong.

Nevertheless it was a another top-class effort by the Irish horse, who prior to Longchamp had himself put in an impressive display to land the Haydock Sprint Cup.

Second to Moonlight Cloud is a good effort by any individual, but Hogan reckons that his charge could have done better.

“He’s come out of the race well and ran a great race, but I think he maybe ran a few lengths below his best,” he said.

“The ground wasn’t ideal for him. It was dead ground and he has never performed up to his best when it’s like that. He likes looser soft ground. He also ran too free early in the race and it was a bit of a messy pace as it quickens and slows, like a lot of races in France.

“Any day like that when everything goes wrong and you are taking on a superstar, you have to be happy to finish second and pick up a good bit of prize money. In every Group One he’s run in on grass he’s never finished out of the first four, which is a great record and as he’s a gelding I don’t have to worry about him getting beaten.

“We’ll see how he is later in the week but if everything is well, he could go for the QEII.

“I wouldn’t want to run him over a mile at Ascot if it’s dead ground or very slow, but if the ground is right he could go there. We’ve five or six weeks then to freshen him up for Hong Kong. That’s where he’ll end his year and then we can look forward to next season with him.

“He’s versatile from six furlongs to a mile, he’s got game owners and there’ll be plenty of opportunities for him. He won’t win all the time, but he’ll have his days, hopefully.”

Champions Day at Ascot is always a star-studded affair, with Group races littering the card. The going at present is good to soft.