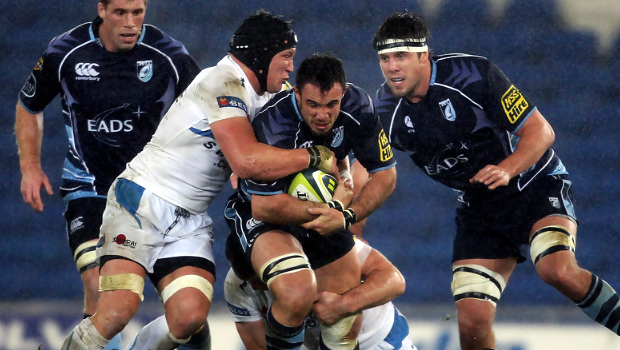 Exeter Chiefs begin a tough Heineken Cup campaign when they play host to Cardiff Blues in Pool 2 on Sunday.

The pride of the West Country were playing in the Championship just three years ago but are now firmly established in the Aviva Premiership and will be taking part in the Heineken Cup for the second successive season.

Last term it was a baptism of fire for Rob Baxter’s outfit as they were drawn against the 2012 winners Leinster, last year’s beaten finalists Clermont, and useful Welsh side Scarlets.

That experience will stand them in good stead this time round, according to Baxter.

“It’s really good for us. People have often asked me what the key is to how we’ve developed as a side, and the key is that you give your players as many big challenges as you can,” he said.

“They’re great fixtures and it’s a great reward for our supporters because they’ve supported us for a long time and they’re getting to see some fantastic games now. It’s all part of the ongoing strategy of the club.

“Playing in the Heineken Cup, with the group that we’ve got, is going to be another fantastic challenge. It’ll be tough but we’ll be a better team because of it, I’m very confident of that.

“I said the same last year, we had a very tough Heineken Cup group but we were a better Premiership team in the second half of the season because of our experiences in Europe.

“We didn’t run away from that challenge, we weren’t scared of it, we faced it full on. We had some really tough games but we learnt a few lessons and we brought the things we’d learnt back into the Premiership. That’s exactly what we’ll do again.”

A sixth-place finish in the Aviva Premiership last term ensured that Exeter went into the pot to be drawn with defending champions Toulon, Glasgow Warriors and Sunday’s visitors Cardiff Blues in Pool 2.

Despite some daunting yet mouth-watering clashes in the competition to come, Baxter will ensure that his players keep their feet firmly on the ground.

“We’re not going to get carried away with ourselves,” he added. “It’s been fantastic for us to qualify for the Heineken Cup these past couple of seasons and that’s obviously very important to us but we’re realistic about the way you go about achieving that.

“We don’t have to win things this year – it would be nice to – but what we have to do is keep driving the club forward. The club are ambitious both on and off the field and it’s up to this group of players to decide when success happens.

“I think it will happen at some stage in the future but what we’ve got to decide as a group is how quickly it happens.

“I think we’ve got a really good work ethic here, a nice culture and a good group of players. It’s a group of players who are probably still undervalued in a lot of ways by people around the game.

“We don’t need to shake things up massively; if you’re in the Heineken Cup you’re a pretty good side.”