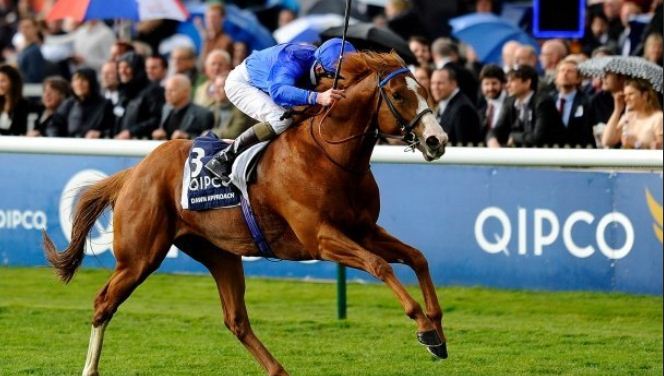 Dawn Approach could well make a surprise return to action next week as he still holds an entry in the St James’s Palace Stakes at Royal Ascot.

Dawn Approach could well make a surprise return to action next week as he still holds an entry in the St James’s Palace Stakes at Royal Ascot on Tuesday.

The 2,000 Guineas winner failed to follow up that Newmarket success when flopping badly as the 5/4 favourite in the Derby earlier this month, finishing last, some 33 lengths behind Ruler Of The World.

Jim Bolger had initially stated that the son of New Approach would never run over the Derby distance again, but is slated to appear on the opening day of the royal meeting next week.

Bolger, quoted on Godolphin’s website, said: “He’s been left in the St James’s Palace Stakes and subject to a satisfactory piece of work on Thursday, he is an intended runner.”

Godolphin’s racing manager Simon Crisford said: “Jim is very happy with how Dawn Approach has done since the Derby and he is keen to let him run at Royal Ascot if everything continues to go well with his preparation between now and the race on Tuesday.

“We had a discussion this morning and decided to let him run if he pleases in his work on Thursday.

“Jim has been delighted with how relaxed Dawn Approach has been in his training.”

Toronado will hope to do better than his fourth-place finish in the
2,000 Guineas behind Dawn Approach next Tuesday, while Don’t Bother Me, Dundonnell, Garswood, Glory Awaits, Jammy Quest, Mshawish, Mutin and Bolger’s Leitir Mor make up the confirmations.