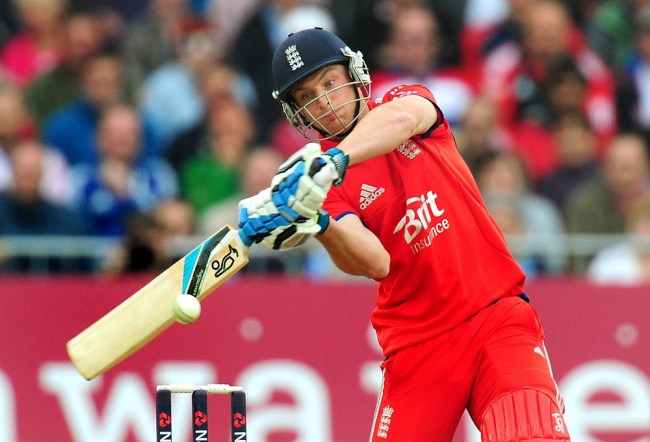 England improviser Jos Buttler insists he is relishing the challenge facing him in the hosts’ second match in Group A of the ICC Champions Trophy.

England improviser Jos Buttler insists he is relishing the challenge facing him in the hosts’ second match in Group A of the ICC Champions Trophy when they take on Sri Lanka at the Oval on Thursday.

Ashley Giles’ men have the chance to take a massive step towards the semi-finals following their 48-run win over Australia on Saturday, but know they will be coming up against one of the best pace bowlers in the one-day game.

Sri Lanka may have lost their opening fixture against New Zealand but Lasith Malinga showed how devastating he can be by taking four wickets for just 34 runs as his side narrowly failed to defend a paltry total of 138.

Buttler has quickly made a name for himself in England’s middle order with an impressive array of shots, most notably demonstrated in his unbeaten 47 off just 16 balls in the final one-day international against the Black Caps earlier this month.

Although he failed to follow that innings up on Saturday, scoring just one, Buttler insists he will not be afraid to try his luck when ‘The Slinger’ is steaming in.

“Any shot is harder against reverse swing, but the scoop is a big part of my game,” Buttler said. “I practise it a lot and if I feel the situation is right, I won’t be afraid to play it.

“He’s a world-class bowler and everyone knows how good he is. But I’m confident I can put in some good performances against him. He’s different, but he’s been around a while so people are more used to him now than when he first came on to the scene.”

Although he is the man in possession, Buttler has yet to establish himself as the number one wicket-keeper batsman in the side and, along with more consistent runs, the Somerset man has vowed to improve his glovework.