Garcia hoping to stay on course at US Open 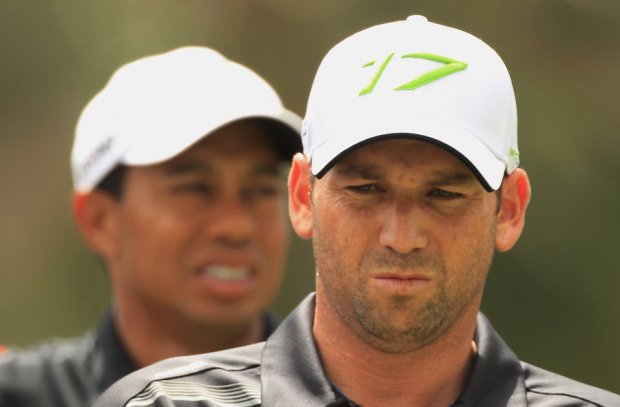 Sergio Garcia is looking to put his recent off-course troubles behind him and is confident to stay on course at the US Open.

Sergio Garcia is looking to put his recent off-course troubles behind him and is confident he can get himself in the mix for a first major success at the US Open.

The Spanish ace has enjoyed a good season so far with top-10 finishes at both the Masters and Players Championship, as well as at Tampa Bay and the World Golf Championships in March.

However, a recent spat with world number one Tiger Woods has been dominating the headlines and he is sure to get a hostile reception around Merion this week.

The row stemmed from an incident at the Players Championship when Garcia felt he was distracted by crowd noise generated by playing partner Woods.

Garcia later joked that he would make up with the American by inviting him round for dinner and serving fried chicken, which could be perceived as being a racist remark.

The Ryder Cup ace has insisted his comment had no racist intent and shook hands with Woods on the practice ground ahead of the year’s second major.

Garcia, who has apologised in public and left his rival a handwritten note, is now looking to put the furore behind him and concentrate on matters on the course at the US Open.

“I think that all aspects of the game have improved,” Garcia said.
“I’ve obviously hit the ball better, consistently, more often. I had my off weeks, but I think that the short game is better than it was probably three or four years ago.

“Overall I feel a lot calmer, a little bit more mature, I guess, and all those things probably helped.

“I’m very happy to be here – it’s my first time in Philadelphia, so I’m very excited about it. Obviously it’s a wonderful golf course, difficult, with a great variety of short and long holes.”

Garcia will be one of the first players out on the course on Thursday and partners Ireland’s Padraig Harrington and America’s Stewart Cink for the first two rounds.