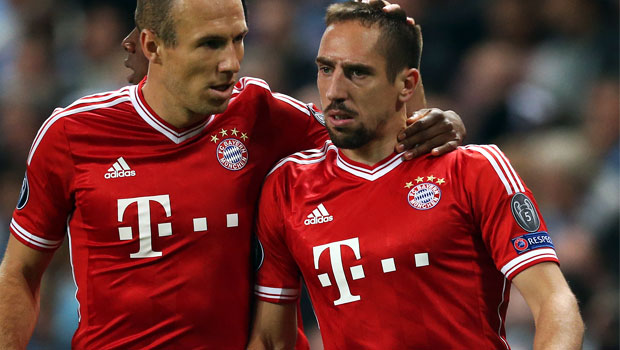 Bayern Munich star Franck Ribery believes he deserves to win the 2013 FIFA Ballon d’Or after helping his side to a memorable treble this year.

The France international was a key man for Bayern as the German giants won the Bundesliga, German Cup and the Champions League last season.

Ribery has already landed the UEFA Best Player in Europe Award and is now in line to claim the prestigious Ballon d’Or – given to the best player in the world – ahead of the likes of Lionel Messi, Cristiano Ronaldo and Zlatan Ibrahimovic.

Ribery believes he has done enough across 2013 to come out on top despite the tough competition. He told L’Equipe: “Ballon d’Or? 2013 is my year. I am thinking about the Ballon d’Or quite often. It gives me more strength.

“Do I deserve it? Yes. There is what I do on the pitch, what I did to come back to my best level, my professionalism every day, the trophies I won.

“I am very steady. The Best Player in Europe trophy gave me more strength. I was good before, I am better now. At Bayern, everyone believes I have to win it.”

The 30-year-old has also indicated he wants to finish his career with the current European champions before probably turning his attention to coaching.

Ribery, who joined Bayern from Marseille in 2007, added: “Do I still want to end my career at Bayern and then live in Munich? Yes, more than ever.

“I have three or four years remaining on my contract, I don’t know, I don’t count, I feel so happy here.

“Then, why not coaching? I would like to coach young players.”