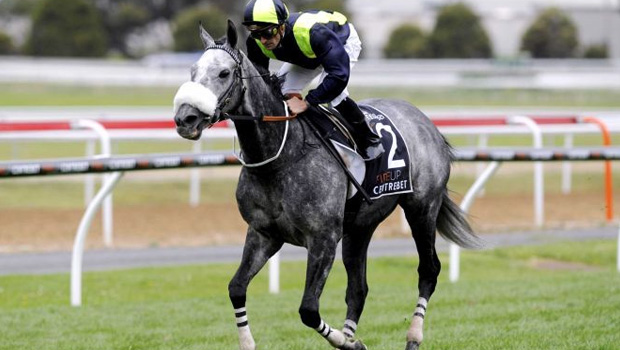 Tac De Boistron is to be aimed at the Group 1 Prix du Cadran at Longchamp on October 6.

Marco Botti’s six-year-old, formerly trained in France, was having just his second start for current connections when bolting up to the tune of eight lengths in a Listed race at Chester on Saturday.

Now he is very likely to cross the English Channel again in search of a second Group victory at Longchamp, having scored there in Group 2 company last July, a plan confirmed by Botti.

“I think we’ll probably send him back to France for his next race,” Botti said.

“The Prix du Cadran on Arc de Triomphe day would look the next logical step. The way he handles soft ground is obviously a plus because the odds are it is likely to have some cut in the ground by then.

“Soft ground is the key to him. When he ran in the Melbourne Cup the ground was way too firm so there is not much point in aiming him at that again as he’s very unlikely to get his ground. He won a Group Two in France last season on soft ground so we’re hoping a return there will work. He was very impressive on Saturday.”

Botti also revealed that Guest Of Honour will run in the Nayef Joel Stakes at Newmarket on September 27 after his unplaced effort in the Arlington Million.

The four-year-old had earlier won a Listed race at Windsor, and finished a creditable third to Aljamaaheer in the Summer Mile at Ascot.

“Things didn’t quite pan out for him in America,” said the Newmarket-based handler.

“In hindsight he maybe didn’t quite stay the trip, but the ground was riding very fast also and he just didn’t like it. While he doesn’t want soft ground, he just wants a nice, decent surface.

“I think we’ll drop him back down to a mile now. He’s in the Joel Stakes at Newmarket and I think that’s probably where we’ll go next.”