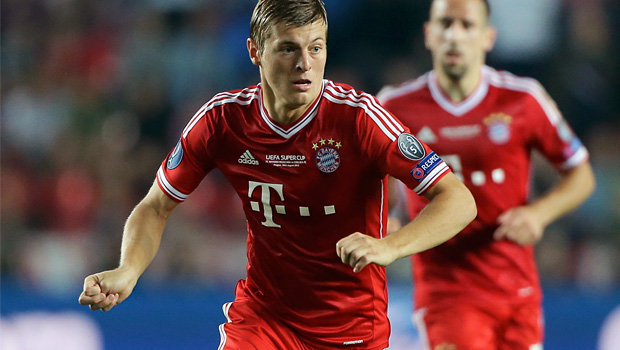 Bayern Munich are just one of 16 teams in action tonight as the Champions League begins in earnest.

The Bavarians swept all before them last season, as Jupp Heynckes led them to an unprecedented treble of domestic and European trophies, so new boss Pep Guardiola has a lot to live up to – starting against CSKA Moscow in their first Group D encounter at the Allianz Arena.

The stats suggest that Bayern will be hard to back against, having won 12 of their last 14 Champions League ties in Munich, but they have not exactly been going goal crazy, while their Russian opponents tonight are unbeaten this season, and can boast a formidable strike threat themselves of Vitinho, Musa and a fit-again Doumbia.

Real Madrid, who fell at the semi-final stage last season, get their campaign under way with an away tie at Galatasaray in Group B.

The two sides met in the competition 12 months ago, with Real winning 3-0 at the Bernabeu, while Gala prevailed 3-2 in Turkey, so there could be more goals on view.

Gareth Bale scored on his La Liga debut against Villarreal at the weekend, but it is Cristiano Ronaldo that the hosts will need to shackle, as the Portuguese hitman has scored no less than 21 times in his last 19 Champions League outings.

Both Manchester clubs are also in action, with United welcoming Bayer Leverkusen to Old Trafford, while City travel to Prague to take on Czech champions Viktoria Plzen.