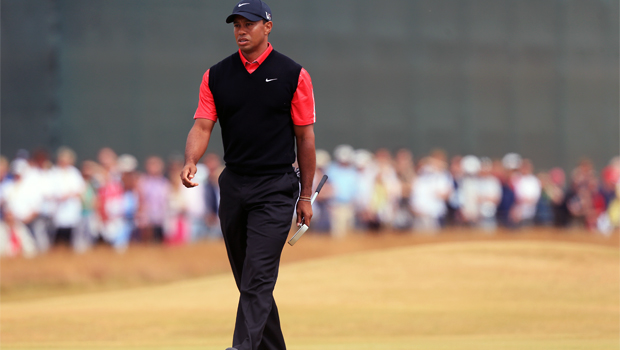 Tiger Woods says he will try to execute his game plan as he enters the final round of WGC Bridgestone Invitational with a seven-shot lead.

Woods equalled his career-best round of 61 in the second round to open up the lead, and he managed to maintain this despite finding the third round tough going.

It looked as though Woods would extend his lead when he picked up two early birdies but bogeys on the ninth, 14th and 16th pegged him back as he finished with a less spectacular 68.

However, it was still enough to keep his healthy advantage intact, with Henrik Stenson, who fired a 67, back in second, with Jason Dufner a shot further back.

Luke Donald is then tied for fourth on six-under par, along with Bill Haas and Chris Wood.

With such a big lead going into the final round, Woods says he will weigh up the weather conditions and then come up with a game plan that he will try to execute.

When asked what his mindset would be, Woods replied: “To just go out there and execute my game plan.

“Whatever game plan I’m going to implement, just go execute it. It all starts with what the weather is doing, and then I build it from there, and we’ll see what I do.”

Woods admitted he had to grind it out in the third round but was just pleased to keep his distance from the chasing pack.

“Today was a day that I didn’t quite have it, but I scored,” he said. “That’s the name of the game – posting a number, and I did today.

“I ground my way around that golf course today. It was playing a little blustery.