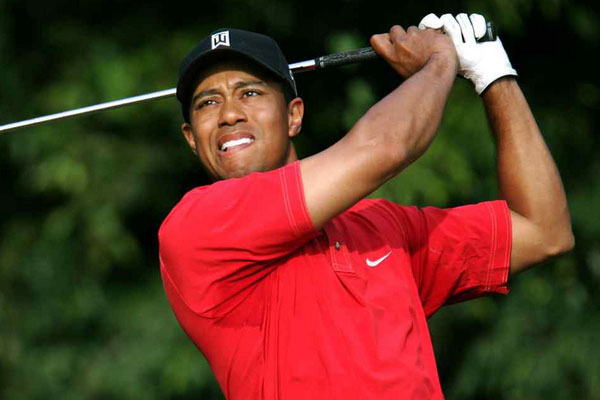 Tiger Woods is confident he can end his five-year drought in the majors at US Open.

Tiger Woods is feeling good about his game this year and is confident he can end his five-year drought in the majors when the US Open starts next Thursday.

The 37-year-old appeared set to overhaul the benchmark of 18 major titles held by Jack Nicklaus when he was dominating the game, but well-documented problems both on and off the course led many to doubt whether he would ever be the same force again.

Despite a number of setbacks, Woods showed glimpses of his former glories in 2012, but it is this year which has seen the American return to the pinnacle of the game.

Woods has already notched up four wins this season, including the unofficial fifth major at the Players Championship last month, while he tied for fourth place at the Masters in April.

And now the world number one is looking to get his major hunt back on track but is fully aware that his credentials will be put to the test.

“My game is coming around, and to have won seven times the last couple years is something I’m proud of,” Woods said. “What I’ve done from last year and this year, being healthy, it’s certainly pretty positive.

Woods usually attracts a fair following at tournaments but should get a whole host of fans tracking his game as he has been drawn to play with former US Open champion and world number two Rory McIlroy and reigning Masters champion Adam Scott in the first two rounds.