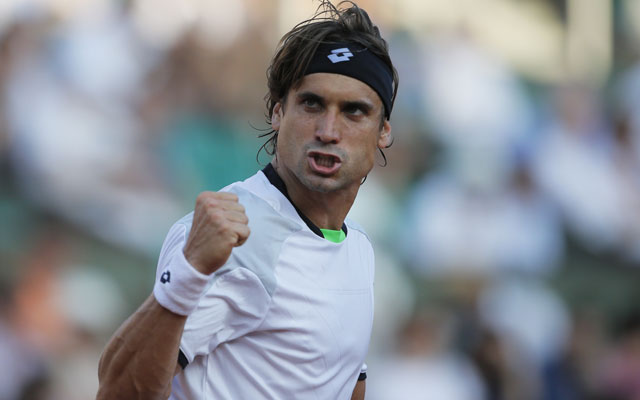 David Ferrer is now preparing himself to take on Rafael Nadal in the French Open on Sunday.

David Ferrer has made short work of reaching his first Grand Slam final but is now preparing himself for the ultimate test in the sport when he takes on Rafael Nadal in the French Open on Sunday.

Ferrer has not dropped a set yet in the tournament, dispatching home hope Jo-Wilfried Tsonga with the minimum of fuss on Friday, while his toughest game was arguably his first-round match against Marinko Matosevic as he lost 11 games, the most in a single match so far.

The 31-year-old is under no illusions as to the size of the task that lies ahead as he now takes on a man who has been dubbed the ‘King of Clay’ due to his domination in Paris.

Nadal has won the French Open title seven times, winning 58 of 59 matches in Paris with his one and only blemish coming in a shock fourth-round defeat to Robin Soderling in 2009.

“It’s a dream for me to be in the final of a Grand Slam, and Roland Garros is more important for me,” Ferrer said.

“I will fight. It’s very difficult to beat Rafael on all the surfaces, but on a clay court it is more difficult. I think I need to play my best tennis to beat him. I need to play very aggressive all the match.”

Ferrer should be fresher than his compatriot, who came through a marathon five-setter against world number one Novak Djokovic, but will have to overturn a dominant 19-4 advantage to Nadal in the head-to-head record.

Ferrer won their very first meeting, which came on clay way back in 2004, but his subsequent three victories have been achieved on hard courts, the last of which was at the 2011 Australian Open.

Nadal has won all three of their meetings this year which have all been on the red dirt, although Ferrer pushed his rival to a deciding set in both Madrid and Rome.