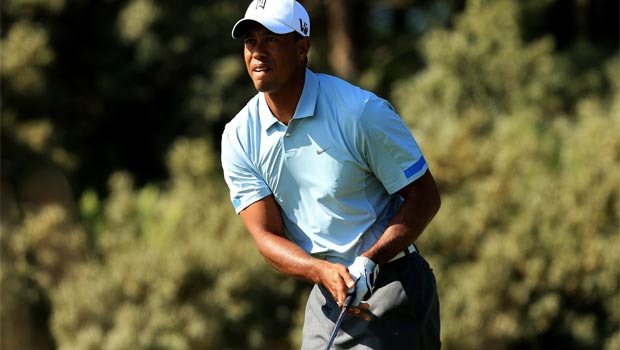 Tiger Woods will not be in contention on the final day of the Farmers Insurance Open after a nightmare round on Saturday.

Woods has won the tournament, staged just outside San Diego, a record seven times and was favourite to make it eight at the start of proceedings on Thursday, but looked a shadow of his former self during the first three rounds at Torrey Pines.

By Saturday his play had deteriorated to the extent that he missed a secondary cut for the first time ever, and this on a course where he has dominated in the past.

Woods managed to scrape through with a 71 on the North course on Friday, but will want to forget a dreadful 79 on the California course, a total that matched the second worst round of his entire career, although not as bad as the 81 he once carded 11 years ago at Muirfield in poor conditions at the Open.

Woods was so disgusted with himself that he would not do any interviews afterwards, simply saying: “I’m done” before leaving to get himself focused for the European Tour’s Dubai Desert Classic next week, an event that he has won twice in the past, in 2006 and 2008.

With Woods out of the way, Gary Woodland shot a two-under par 70 to go eight under, one ahead of Australian Marc Leishman and overnight-leader Jordan Spieth who carded 75.

Ahead of the final round that resumes at 5pm Uk time, Woodland and Spieth dominate the market with the field, Woodland trading at 4.030, with Spieth 4.220.