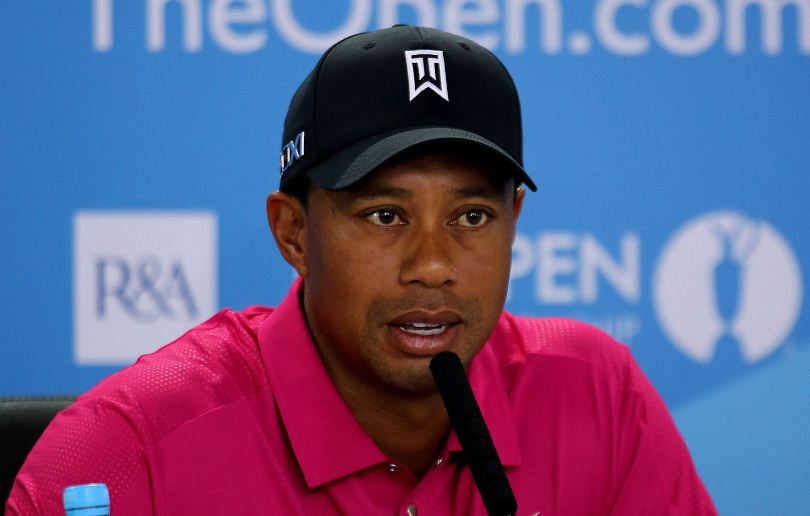 Tiger Woods is optimistic on his chances of ending a five-year wait for a 15th major title at the upcoming Open Championship at Muirfield.

The American star also moved to play down concerns over a recent elbow injury he picked up in the Players Championship and aggravated at the US Open last month.

Woods hasn’t played competitively since the US Open to allow the injury to heal but the 37-year-old insists he is now back to full fitness.

“I feel very good about my game,” he told a news conference.

“Even though I haven’t won a major in five years I’ve been in a bunch of them where I’ve had chances. I just need to keep putting myself there and eventually I’ll get some.”

Woods, who came third in last year’s event, last won the British Open in 2006 and has failed to add to his major haul since his US Open success in 2008.

Since his victory at Torrey Pines though, Woods has competed in 16 majors and finished inside the top six eight times and he insists it is just a matter of time before he adds to his trophy cabinet.

Woods continued: “It’s just a shot here, a shot there. It’s making a key up-and-down here or getting a good bounce there.

“For instance, this year at Augusta I really played well and a good shot ended up having a bad break. It’s not much. It could happen on the first day or the last day. But it’s turning that tide or capitalising on an opportunity. That’s what you have to do to win major championships.”

Woods is seeking a fourth Open Championship title when the action gets underway at Muirfield this week, having come out on top in 2000, 2005 and 2006.