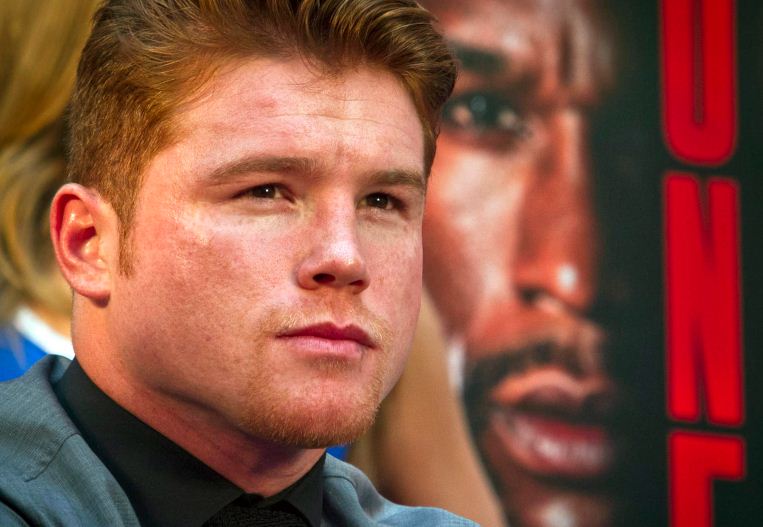 Canelo and Mayweather go head to head at the MGM Grand in Las Vegas on September 14 in a showdown that is expected to generate more revenue than any fight in the history of boxing.

Canelo, 22, has 42 wins, including 30 KOs, and one draw on his record and his trainer Jose Reynoso insists he will become one of the greats of Mexican boxing if he gets the better of American star Mayweather later this year.

Some pundits have suggested the WBC and WBA Super World light middleweight champion isn’t ready to face Mayweather, but Reynoso insists Canelo can emerge victorious when the pair meet in September.

“Mexico is eager for a new icon, and it’s the right time since all the big names like (Julio Cesar) Chavez, (Oscar) De La Hoya, (Marco

“It comes at the right time. Saul is the top draw in Mexican boxing right now, and he’s also earned his spot in the international boxing world like he did in the United States, because that’s where the top boxing material is.”

“Many people say that Saul needed two or three more fights, but we’ve known him for a long time, and we are sure that it is the right time to show the world that on September 14 there will be a new king,” he added.

“We are looking forward to ending Mayweather’s reign and letting Canelo start his own.”

Canelo won his last fight against the previously unbeaten Austin Trout with a unanimous decision victory in April, while Mayweather beat Robert Guerrero on points in May.