William McGirt out to make a name for himself 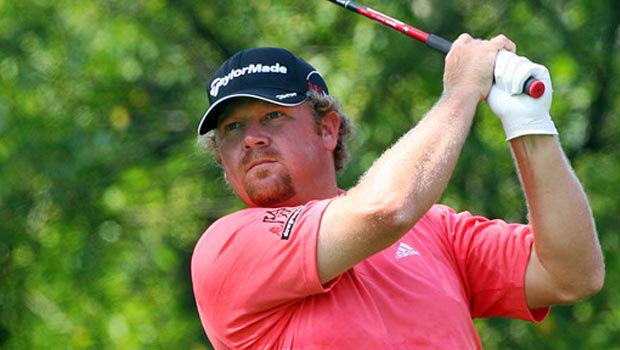 William McGirt is happy to fly under the radar for the most part but is looking to make a name for himself this weekend after taking a share of the halfway lead at the John Deere Classic.

The 35-year-old put a poor start to his second round behind him, suffering two bogeys in his first six holes starting from the tenth, before reeling off seven birdies in 10 holes to card a round of 67.

Following on from his opening round of 64, the North Carolina native has progressed to 12-under par for the tournament and is hoping that his lack of celebrity will help him focus on winning the title this weekend.

“I love being in this position because you can go about your business and nobody really knows who you are,” he said on the PGA Tour’s official website.

“You can go to dinner, and people ask, ‘Are you a golfer? What’s your name?’

“I like to go out, play golf, have a few beers and watch a football game,” he said. “Nothing flashy about me. Nothing that stands out. I’m just like everybody in this room, like everybody out at this tournament.

McGirt is joined at the top of the leaderboard by Zach Johnson, now priced at 3.00 to lift the trophy on Sunday, after the 2012 champion carded seven birdies and three bogeys in a round of 67.

Steven Bowditch, Johnson Wagner and Brian Harman are tied for third one shot off the pace, with Steve Stricker, Todd Hamilton, Ryan Moore and Rory Sabbatini sharing sixth place at -9.

Defending champion Jordan Spieth put a disappointing opening round of 71 behind him with a blistering 64 to move back into contention at -7 and is now on offer at 15.00 to retain his title.