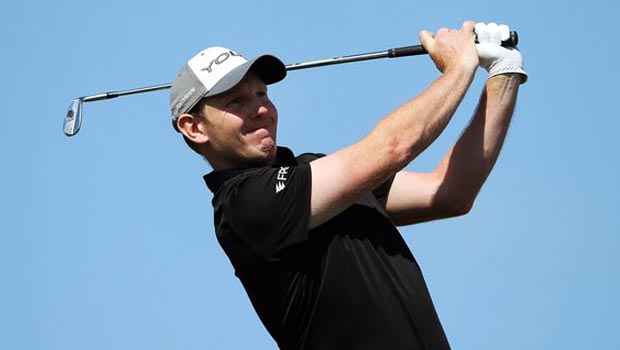 Stephen Gallacher has refused to set himself any targets as he prepares to make his Masters debut today.

The 39-year-old recently became the first man to retain the Dubai Desert Classic trophy in the competition’s 25-year history, and will no doubt be disappointed if he does not make the cut – something his uncle Bernard failed to do in his one and only appearance at Augusta in 1970.

“I don’t have any expectations, not one,” said Gallacher, whose best finish in any major is a share of 18th in the 2010 US PGA Championship.

“I’m just going to see what happens and try to stay patient because that is the key around here.

“All you can do is just try to get in contention, set your game plan out and hopefully execute it then see what happens. Thorbjorn Olesen made his debut last year and finished sixth having started with a 78.”

One of 24 rookies at Augusta – the most since 1935 – Gallacher knows he will have to putt well, with some sage advice being offered by putting coach Dave Stockton and some of the golf’s greatest players in the build up.

“I’ve played four sets of nine holes with a couple of past champions (Jose Maria Olazabal and Sandy Lyle) so I can’t do much more really to prepare,” he said.

“I played with Ollie and Miguel (Angel Jimenez) on Tuesday. Miguel has played 14 Masters and Ollie has obviously won it twice and played with Seve (Ballesteros) all his days so it was great to get a couple of good insights.

“The biggest advice I got was that the flag is irrelevant here, it’s a part of the green that you’re trying to hit to and not getting yourself out of position.

“That’s why there’s so much value in playing practice rounds with past champions around here. Jose said the more you play it the more you learn, same as St Andrews was for me.

“The first time I played the Old Course I was thinking ‘what’s happening here’ because you’re going at flags and ending up 100 feet away. Then you learn that you’ve got to hit it into certain places.”

Rory McIlroy is the 10.00 favourite to win the Masters with Adam Scott available at 11.00.