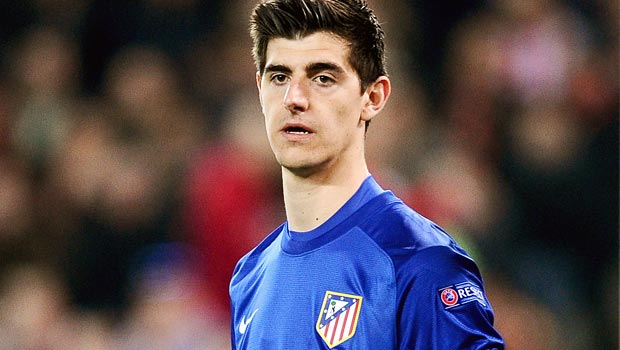 Chelsea’s chances of winning the UEFA Champions League for the second time in three years were handed a boost as Atletico Madrid goalkeeper Thibaut Courtois is unlikely to face them, should they be paired with the Spanish side in Friday’s semi-final draw.

Courtois is in the third year of a loan deal from Chelsea and, unlike in the Premier League, Champions League rules permit Atletico to play him against his parent club if they wish.

Instead, a clause in the loan deal says Chelsea will be remunerated for every appearance he plays against them in the competition, and some reports suggest that figure could be worth as much as £4 million to the Blues.

But speaking to Spanish radio Onda Cero, Atletico president Enrique Cerezo said: “It is a figure that we cannot pay.”

Should Atletico draw Chelsea, and Courtois does not play, then the Spanish side would have to turn to their number two – 34-year-old Dani Aranzubia – who has played just once for them this season.

Atletico Madrid reached their first Champions League semi-final for 40 years when they beat Barcelona at the Vicente Calderon on Wednesday night.

Atletico manager Diego Simeone said: “There is a lot of joy at having got through a tie against a great opponent with a long history of success, above all in the last decade.”

Atletico’s progress opens up the possibility of an all-Madrid semi-final after Real knocked Borussia Dortmund out on Tuesday.

This year’s Champions League final is to be held at Benfica’s Estadio da Luz in Lisbon on 24 May, with Bayern Munich the current 2.40 favourites to win the tournament.