CIMB Classic: US duo one clear in Malaysia 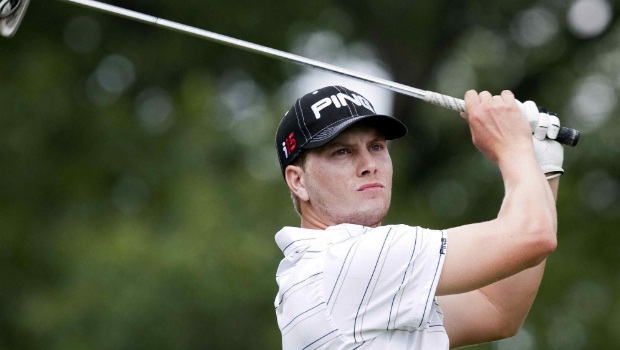 Chris Stroud and Ryan Moore share the lead on 12-under par after three rounds of the CIMB Classic with halfway leader Keegan Bradley slipping back into the pack.

Bradley led by four shots going into the third round in Malaysia after a brilliant 66 on Friday but he was way below his best on Saturday and could only manage a 76 to fall back into a share of sixth place at -9.

And the chasing pack certainly took advantage as Moore’s 69 and Stroud’s 68 saw them shoot up the leaderboard to sit one clear of US star Gary Woodland and Thailand’s Kiradech Aphibarnrat.

Woodland carded seven birdies and two bogeys in his 67, while Aphibarnrat mixed three birdies, an eagle and a double bogey in his 69.

There are still plenty of players in contention with just 18 holes to go in Kuala Lumpur, with Jerry Kelly’s 66 seeing him move on to -10 to claim fifth place and advance to within two strokes of the leaders, while Graham DeLaet and Stewart Cink joined Bradley on -9 after rounds of 68 and 69 respectively.

Kyle Stanley and Spain’s Sergio Garcia are still in with a shout on eight-under par, but Bubba Watson will need to pull out something special on Sunday as he sits eight shots off the lead on -4 despite shooting the lowest round on Saturday with a sensational seven-under-par 65.

Stroud has yet to win on the PGA Tour and the 31-year-old insists that he will do nothing different during his final round as he seeks that elusive victory.