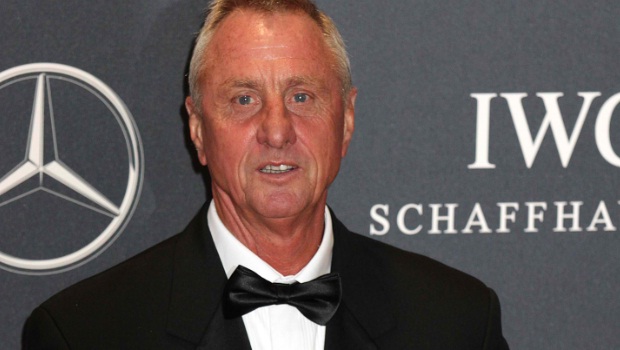 The Catalans host Real Madrid at Saturday tea time sitting pretty at the top of the La Liga standings, with 25 points from nine games played.

But Carlo Ancelotti’s men are just two places and three points behind and so there is plenty riding on the outcome of the Nou Camp tussle.

It is the first meeting of the two Spanish heavyweights this term, with the pair tipped to fight it out for the title throughout the season, and Cruyff, who played nearly 150 league games for Barca, insists it is impossible to look beyond his former team for a winner.

“Respect to Madrid because they always have a very strong team,” he said.”But there are many influencing factors, and at home, Barcelona are always favourites.”

Both clubs have brought in some star players over the summer, with Brazilian Neymar now in the Barca ranks and Gareth Bale making a world-record transfer From Tottenham to the Bernabeu.

But, despite the number of superstars that will be on show this weekend, Cruyff believes that the performances of the two best players in the world will go a long way to determining the outcome.

“Barcelona and Madrid depend on Messi and Ronaldo,” he added.”Both sides have lots of quality and both have players who can influence the game, but those two make the goals and that makes the difference.”