Golf: Uihlein is Rookie of the Year 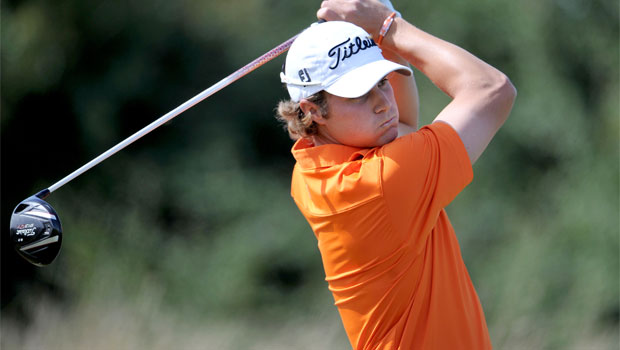 Golfer Peter Uihlein has become the first American winner of the Sir Henry Cotton Rookie of the Year award.

The 24-year-old, who hails from Massachusetts, only turned professional in 2011 having already been a successful member of the 2009 US walker Cup team, and is a former number one ranked amateur.

Uihlein has quickly adapted to life on the European Tour, having opened his account at the Madeira Islands Open in May before finishing second at both the Wales Open and the Alfred Dunhill Links Championship in September.

In addition, Uihlein posted several other top-10 finishes and was an extremely creditable 14th in The Race to Dubai.

“It’s an honour to win the Sir Henry Cotton Rookie of the Year award,” he said. “I wasn’t expecting it, but it’s been a great year and I’m very pleased. I think I’m the first non-European to win it, so that’s a great honour. Any time you’re the first of anything, it’s neat.

“The win in Madeira was great and I had a lot of top 10s. The win opened a few doors for me and I was able to play at Wentworth the following week.”

European Tour chief executive George O’Grady said: “We heartily congratulate Peter on an outstanding season, during which he has thrilled golf fans and challenged for several titles.

“His incredible 60 at Kingsbarns, which ended with his eagle putt for a 59 missing by a fraction, will go down as one of the finest displays on The European Tour.”

Uihlein has a lot to live up to, as previous recipients of the award include the likes of Jose Maria Olazabal (1986), Ian Poulter (2000) and Martin Kaymer(2007).