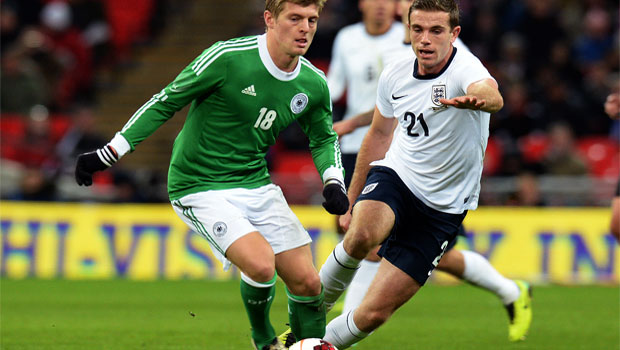 England manager Roy Hodgson felt there were some positives to come out of Tuesday’s 1-0 defeat to Germany but admitted that there is much work to do.

Having been beaten 2-0 at home by Chile last week, the Three Lions were looking to bounce back and claim a morale-boosting victory, with a lengthy break until the next friendly and the World Cup looming large next summer.

But Arsenal defender Per Mertesacker rose above everyone to head home in the 39th minute and earn an under-strength German side bragging rights over the old enemy.

The hosts enjoyed plenty of possession and were constantly probing, with Andros Townsend making numerous runs down the right flank.

But there was very little in terms of an end product and the well-drilled German defence coped with most things thrown at them.

The defeat means that England have suffered back-to-back Wembley defeats for the first time in 36 years, and the crowd let them know their feelings on the matter with a chorus of boos at the final whistle.

Hodgson felt that there were some pleasing aspects to his side’s performance but confessed that they were second best in most departments to the multiple World Cup winners.

“The quality of our passing and shooting was not as good as the Germans and we paid the price for set-pieces. We knew set-pieces would be a danger, they had some big players and we were a small team tonight.”