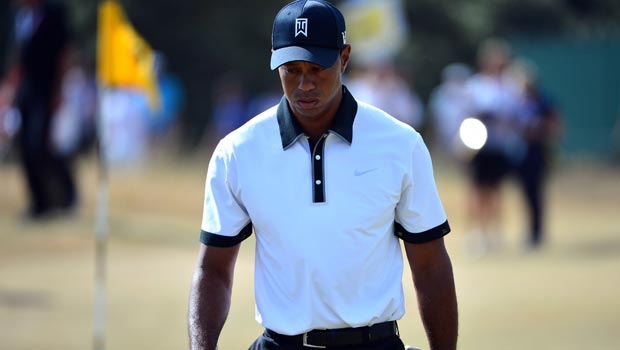 Tiger Woods has revealed that he will return from injury next week at Congressional.

The American has not played competitive golf since March 9, when he tied for 25th in the WGC-Cadillac Championship at Doral.

Woods was then forced to have back surgery on March 31 which caused him to miss the Masters for the first time in his career.

The 38-year-old also failed to appear at last week’s US Open and there were fears he would miss the Open Championship.

However, should his return be successful he looks likely to play the third major of the season in July at Hoylake.

Woods’ agent Mark Steinberg confirmed earlier this week that his client was making progress, and the 14-time major winner has now revealed he will appear in the Quicken Loans National.

The tournament, which is played in Maryland, raises money for his charity foundation and Woods admits he is excited to resume his career.

He said: “After a lot of therapy I have recovered well and will be supporting my foundation next week at the Quicken Loans National.

“I’ve just started to hit full shots but it’s time to take the next step.

“I will be a bit rusty but I want to play myself back into competitive shape. Excited for the challenge ahead.”

Mike Antolini, director of the Congressional event, was also quick to express his delight at Woods’ participation.

He said: “We’re thrilled, obviously. Any time you get that call and Tiger is in your field, it’s really the best news you can get. We’re very excited for the fans. Tiger is a two-time champion and the tournament host.

“To be honest, we were prepared regardless for a good event. But our ticket sales, we think they’re going to be increased with this news now.”