Graeme McDowell surprised to be in contention 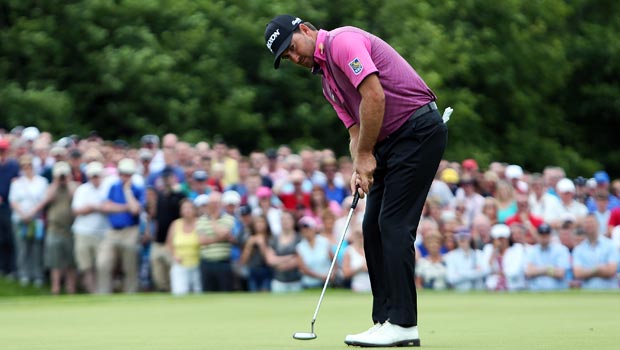 Graeme McDowell insists he is surprised to be in with a chance of winning the Irish Open as he looks to claim victory at the 13th time of asking.

The Northern Irishman carded a second-round 66 to put himself two shots behind halfway leader Mikko Ilonen from Finland. Fellow countrymen Rory McIlroy was unable to challenge as he hit a disappointing 69 to miss the cut by one shot.

McIlroy managed to convert six birdie chances and an eagle opportunity but still missed out and then admitted he was bitterly disappointed to not perform.

McDowell, 3.70 to win the Irish Open, made his debut in the event in 2002, but he has only made six halfway cuts in the tournament out of his 12 appearances to date.

The 34-year-old has never finished inside the top 10 but he is hopeful that his game can hold up this weekend.
Speaking after his round, he said: “There’s always a first time for everything. I’ve been unhappy with my game now for a few months, really getting frustrated with myself in general and trying to be a little too perfect.

“I tried to loosen myself up a little bit and try to enjoy my golf a little bit. I’m surprised and excited to be in contention.

“This is a fun game to play. We are very lucky to play it for a living but last week bordered on the unenjoyable because the golf course was so frustratingly difficult.

“I’ve played in front of many big crowds before, but maybe none as passionate here as the Irish crowd. There’s nothing quite like it when a crowd is pulling for you and it’s a fun experience. It’s something I’ve never experienced before, except perhaps at a Ryder Cup.”