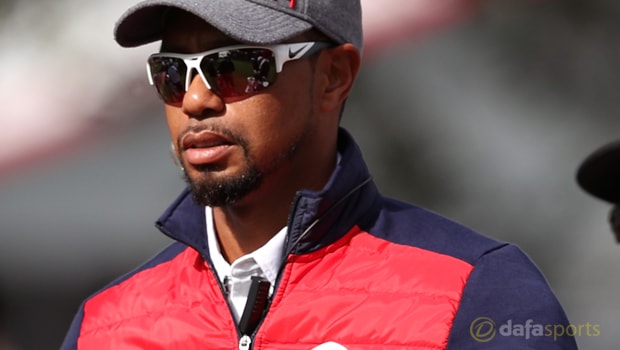 Former world number one Tiger Woods says he is happy with the progress he is making and will continue to work hard in a bid to be in top form for the 2018 Masters at Augusta National in April.

Woods, who made his long-awaited comeback to full-field PGA Tour action at the Farmers Insurance Open this year, produced a solid performance at the Honda Classic last week, making up for the missed cut at the Genesis Open beforehand.

The American carded rounds of 70, 71, 69 and 70 to finish the tournament at Palm Beach Gardens on level-par, taking sole possession of 12th, and there are several positives to take away from the event.

Despite winning a magnificent 14 Major trophies, the 42-year-old has always had an issue with his driving but, since being forced to change his swing slightly after back surgery, this area of his game has improved.

The 79-time PGA Tour winner, whose next appearance is expected to be at the Arnold Palmer Invitational in March, says he is delighted with how things are coming along as he eyes a fifth Masters success in April.

“My expectations have gone up,” Woods said. “I’m hitting the ball better. I knew I could putt it, I knew I could chip it, but I didn’t know how well I was going to hit it.

That was the goal when I first came back. I told you guys at Torrey, I’m trying to get everything ready for April and I feel like I’m right on track for that.”

Following his promising return to golf, Woods has been cut to 19.00 to win the 2018 Masters and he sits alongside compatriot Rickie Fowler and Englishman Justin Rose in the market.

Dustin Johnson is the 8.00 to win the coveted Green Jacket for the first time whilst Justin Thomas, who won the Honda Classic last Sunday after a play-off, is a 15.00 shot.