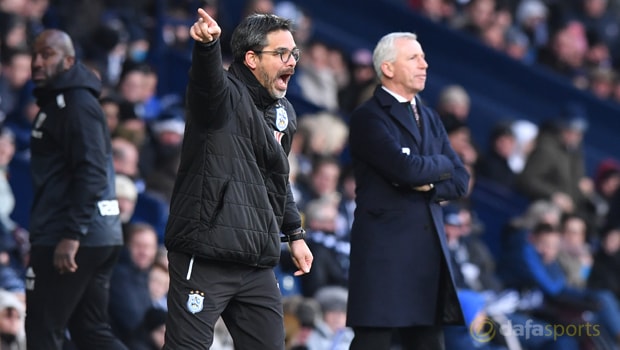 Huddersfield Town won back-to-back Premier League games for the first time since their opening two fixtures of the season as they overcame West Brom 2-1 at the Hawthorns.

The win moved David Wagner’s side three points clear of the relegation zone and left Albion stranded at the foot of the table, six points adrift and staring a drop to the Championship in the face.

Huddersfield had thumped Brighton 4-1 prior to their FA Cup exit at the hands of Manchester United last weekend. Wagner said they fully expected Alan Pardew’s team to come at them early on.

They weathered that storm and hit the crucial breakthrough goal not long after half-time.

Rajiv van la Parra grabbed the opener, while they doubled the lead when Steve Mounie struck before the hour. Craig Dawson headed in a Chris Brunt corner to halve the deficit and, while the home side pressed hard for a leveller, Huddersfield held out.

“We said this before, it wasn’t a six-pointer but it was a massive game for us and the players showed everything – fighting spirit and attitude,” said Wagner.

“It was a final for both teams, we won it and of course I am delighted and happy for the supporters, the players and staff.”

Given the precarious positions of both clubs, Wagner was not shocked when West Brom got up a head of steam early on, but he was content that his team dealt with that and moved on.

“We expected they would be on the front foot. We overcame the first ten minutes without us conceding a goal. After that it was open, we scored two wonderful goals and kept them as far as possible from our goal,” he added.

West Brom are now 1.17 to be relegated this season, while Huddersfield are 2.50 for an immediate return to the Championship.