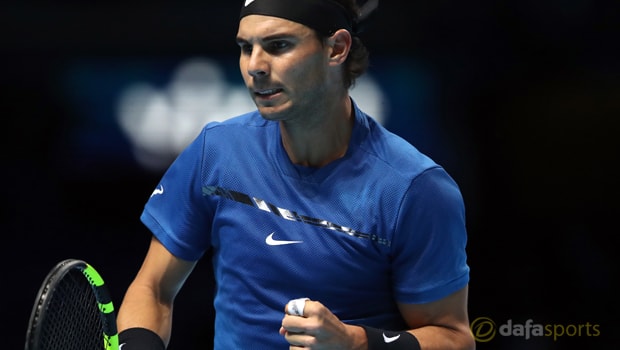 Rafael Nadal says he has overcome his recent injury problem and is ready to make his competitive comeback at the Mexico Open, which gets underway on Monday.

Nadal, who was hampered with injuries towards the end of last season, has not played since withdrawing from his quarter-final clash against Marin Cilic at the 2018 Australian Open with a hip problem.

During his time on the sidelines, the Spaniard has lost his world number one ranking to Swiss legend Roger Federer, who triumphed at Melbourne before winning the Rotterdam Open.

The 31-year-old, who has won a record 10 French Open titles, has been working hard during his recovery and is now primed to make his comeback in the first round of the Mexico Open on Tuesday.

Nadal faces a tricky opening clash against compatriot Feliciano Lopez and the latter, who has six career titles to his name, has won the last two meetings – the most recent encounter coming at the 2015 Cincinnati Masters.

The former world number one, now ranked second, is the firm 1.10 favourite to advance into the second round whilst his 36-year-old opponent is priced at 6.00 to cause an upset.

Speaking ahead of the event in Acapulco, Nadal says he is pleased to be back to full fitness and is looking forward to getting back into action.

“I am happy to be here. I feel recovered from what happened in Melbourne,” he said in an ATP World Tour interview.

“I took a couple of weeks of rest and have been working hard on rehabilitation. Last week, I started practising hard and I feel ready.”