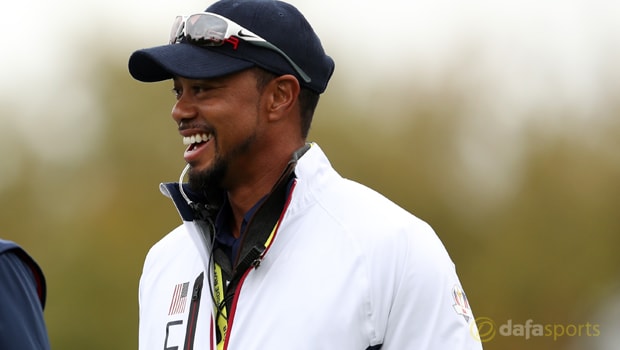 Tiger Woods says he is thrilled to be confirmed as one of USA’s vice-captains for the 2018 Ryder Cup although his goal right now is to “make the team” for the event at Le Golf National.

Woods, a 14-time major winner, is back playing competitive golf after a long period out of action and his odds to win the Masters at Augusta National in April have already been slashed to 23.00.

The American, whose last victory came at the 2013 Bridgestone Invitational, finished in a tie for 23rd at the Farmers Insurance Open in his first event of 2018 before missing the cut at the Genesis Open last week.

Attention now turns to the Honda Classic, which gets underway on Thursday, and the 42-year-old is priced at 62.00 to win the tournament alongside the likes of Graeme McDowell, Martin Kaymer and Thomas Pieters.

Prior to the event, Woods was confirmed as one of Jim Furyk’s vice-captains but the former world number one, who has featured in the Ryder Cup on seven occasions, wants to actually be playing in France.

Speaking via a pre-recorded video message at a PGA of American press conference, he said: “I am thrilled to once again serve as a Ryder Cup vice-captain and I thank Jim for his confidence, friendship and support.

“My goal is to make the team but whatever happens over the course of this season, I will continue to do what I can to help us keep the cup.”

Defending champions the USA are 1.85 favourites to retain their title, the draw is priced at 11.00 whilst Europe, led by Thomas Bjorn, are 2.15 to win back the trophy they lost at Hazeltine.