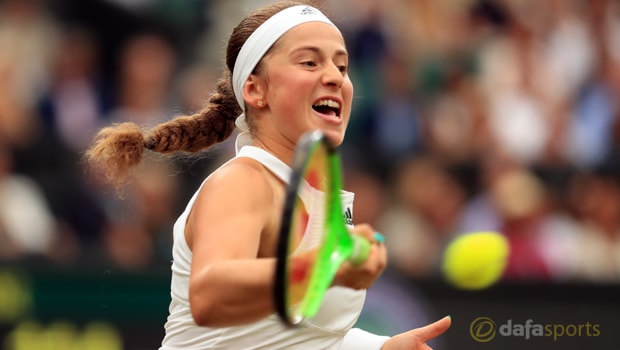 Jelena Ostapenko is confident Serena Williams will be able to compete at the very top when making her return to competitive action at the BNP Paribas Open in Indian Wells next month.

Former world number one Williams won the 2017 Australian Open – taking her Grand Slam tally to 23 – before taking time away from the sport after confirming she was pregnant.

Having now given birth to daughter Alexis Olympia Ohanian Jr, the American is targeting a return to action and the Paribas Open next month has been pencilled into her the diary.

The 36-year-old did play in a Fed Cup doubles match alongside sister Venus recently but the pair were beaten in straight sets by Dutch duo Demi Schuurs and Lesley Kerkhove.

French Open champion Ostapenko, who played against Williams in an exhibition match at the Mubadala Tennis event in December, believes the US star will be back to her best soon. She was quoted as saying by tennisworldusa.org: “Serena is such a talented player.

I think when she will come back, she will still be at the top. When I played an exhibition against her, I was very surprised.

“She just had a baby four months ago but she played unbelievable, such a talented player. I think she will be at the top very soon.”

Williams is the 5.25 favourite to triumph at the French Open – a tournament she last won in 2015 – while defending champion Ostapenko is priced at 13.00.

Romania’s Simona Halep, who lost in the final of the recent Australian Open, is 6.00 to break her Grand Slam duck while British number one Johanna Konta is at 34.00.