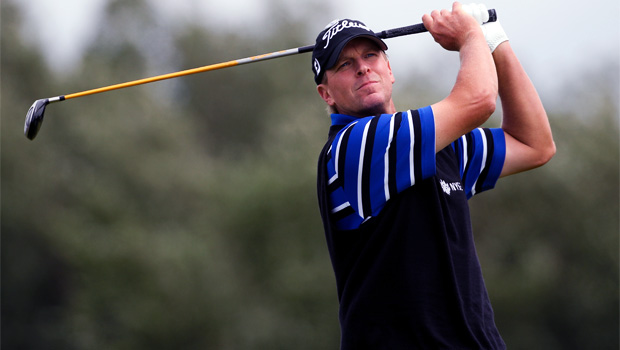 Steve Stricker revealed his delight after securing his place in American team for Presidents Cup match against an International side.

Stricker booked his place in Fred Couple’s team after finishing runner-up in the Deutsche Bank Championship on Monday, and is glad he did not have to rely on being one of the captain’s wild card picks.

Stricker jumped from 11th to seventh in the Cup standings and is relieved to be in the team that will take on Nick Price’s International side over four days at Muirfield.

“It was a good week,” Stricker revealed. “I came here trying to get one of those last few spots on the team, knowing that I needed to play well.

“I had texted Freddie earlier in the week. I didn’t want one of his spots as a pick, I wanted to make the team on my own.

“So I had great incentive, great motivation to play well this week. I’m excited to be part of another team and represent the USA at Muirfield.”

Elsewhere Zach Johnson secured the final place when he fired a final round score of 66 to finish tied for 27th, which was enough squeeze out Webb Simpson, who will now have to rely on being one of Couples’ wild card picks.