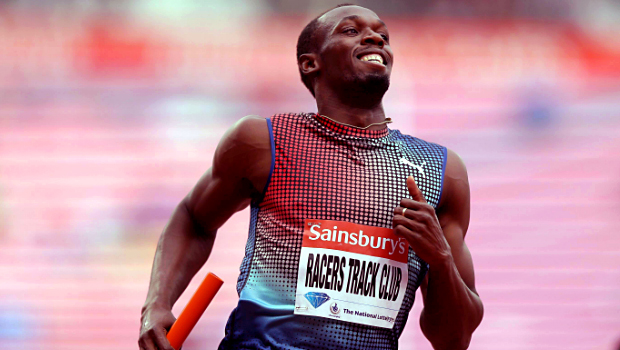 Usain Bolt hopes to continue dominating the world of sprinting before finally retiring from the sport after the Olympic Games in Brazil in 2016.

The Jamaican is the fastest man in history over 100m and 200m and has managed to pick up six Olympic gold medals, while he also has eight World Championship golds to his name.

Despite dominating sprinting for so long, Bolt has no plans to retire just yet but he admits 2016 after Brazil could be a good time to call it a day.

Speaking ahead of Friday’s Diamond League meeting in Brussels, Bolt confirmed his plans to reporters.

When asked if he had any plans to retire, the 27-year said: “So far it’s after the Olympics in Rio.

“If I’m in great shape and I go there and do what I have to do, I think it would be a good time to retire on top and having dominated for so long.”

Bolt admits he has struggled at times to stay motivated but the thought of becoming one of the greatest sportsmen ever has spurred him on.

“I couldn’t find that goal, that drive to get going again,” he added.

“I sat down and thought to myself: what do I really want? And what can I do in this sport some more?

“I’ve made up my mind that if I want to be among the greats of Ali, Pele and all these guys I have to continue dominating until I retire.

“I’m really focused on getting every season correct, trying not to get injured, and just continue dominating so at the end of my career people will put me among the greats.”