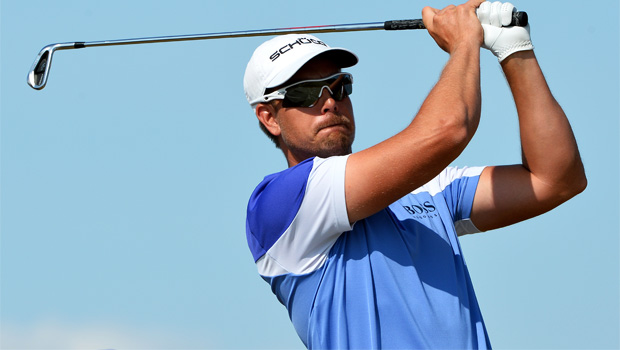 Henrik Stenson is hoping to put a late wobble to his third round to the back of his mind as he looks to convert his four-shot advantage at Tour Championship into a whopping pay day.

The Swede had looked in supreme form midway through his third round, extending his lead to nine shots with the first prize of $1.4m and $10m bonus for winning the FedEx Cup seemingly a formality.

However, the 37-year-old has offered the chasing pack a glimmer of hope after coming home in 38 to card a round of 69 to finish at 11-under-par, with dropped shots at the 10th, 14th, 16th and a three-putt bogey at the last wiping out birdies on the second, third, seventh, ninth and 15th.

The Swede seemed to struggle when the forecast rain arrived and is hoping that the weather will improve on Sunday as he looks to rediscover his touch and rhythm.

“It was tough conditions on the back nine and I hit a couple of wayward shots and it’s hard to find your rhythm again when you are out in very much European conditions.

“The only one which stings a little is the three-putt on the last; I hit a very nice first putt and looked like I almost made it but missed the one coming back. I still have my four-shot lead and I’m going to go out and try to play well again.

“I lost my feel a little bit on the back nine, hopefully we have a nice day tomorrow and I can start in the same form as I have the other rounds.”

Dustin Johnson moved up to second place on the leaderboard at seven-under-par after a superb 67, with Steve Stricker a further two shots back after a 68.

US Open champion Justin Rose is in a group including Zach Johnson, Billy Horschel and Jordan Spieth at four-under, with Luke Donald another shot back after a 67.